Not surprising, then, that the writers were kind of cagey about the last time they were actually there. 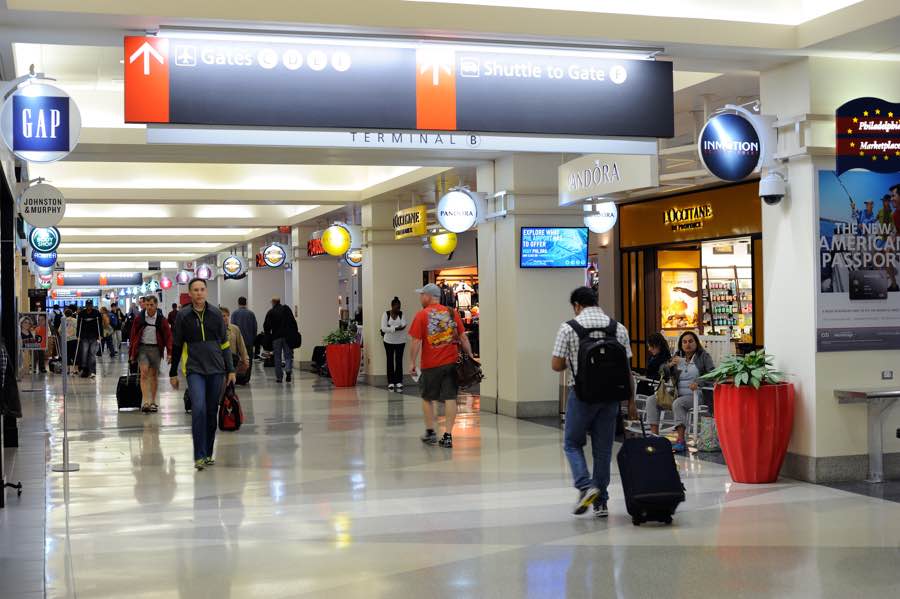 On Thursday, the credit card and travel rewards gurus over at the Points Guy published a ranking of the 30 best airports nationwide. Shockingly, unbelievably, and possibly due to clerical error, Philadelphia International Airport slotted in at seventh place.

The Points Guy derived its list by calculating three metrics: timeliness, accessibility, and amenities. As anyone who has ever used the airport can guess, PHL’s worst showing was in the timeliness category, where it placed a paltry 19th.

In reality, we should probably be even lower. TPG’s report used 2017 data, but so far this year, according to Department of Transportation data for 30 major airports, PHL ranks 26th in on-time departures, at 75 percent. Most delays are due to weather and traffic issues. (Sadly, there is no category for when a pilot fails to show up and nobody at the airline knows where he is, which is what happened to me when I flew out of PHL last month and was delayed for three hours.)

Timeliness was the most valuable criterion, per the methodology, which means PHL had to make up its ground elsewhere. One might think it would be in the accessibility category: PHL is indeed close by and easy to get to compared to other big-city airports. But even there we placed only ninth.

So it came down to amenities. Where we’re ranked — yes, you’re reading this right — in fourth place, alongside airports like JFK and San Francisco International.

PHL and amenities, two terms I thought had no business being neighbors. I had many questions, chief among them: What exactly qualifies as an amenity? Does the fact that we have four separate Au Bon Pains help us or hurt us? When was the last time the report’s two writers were at PHL?

Danielle Vito, one of those writers, told me that the amenity tally was a combination of three components: number of lounges per passenger; an eco-friendliness score; and a quality-of-life rating that took into account nursing stations, alongside indispensable services like pet restrooms, yoga studios, and spas. As for the latter question, Vito said, “PHL was the original home airport for one of the report’s authors, and it’s a regular connection point for many members of the TPG team.” (Translation: It may have been a while.)

Now, it is true that PHL has made strides — renovating Terminal B, for instance, as part of a broader $900 million airport-wide overhaul. Additionally, in recent months, the airport has installed actually valuable resources like breastfeeding pods. (We’re not exactly pioneers here — there are some 40 other airports in the U.S. with the exact same pods we have.)

We do have an array of fancy, exclusive places to hang out —  we ranked in the top five for passenger-to-lounge ratio — like the Amex Centurion Lounge. Philadelphia’s club, one of eight in the entire country, opened last year and boasts Michael Solomonov as executive chef. Except you need a platinum Amex to get in there, and that card comes with a high-rollers-only $550 annual fee.

But honestly, if you’re a true frequent-flyer, you might consider investing in that card. One in four flights is delayed leaving PHL. Imagine: You’ll sit back in a plush chair, drink and kebab in hand, then close your eyes and exhale. You’re at the seventh-best airport in America.