Remember When Halloween Costumes Used to Be, You Know, Scary?

Yeah, Gritty is great, I guess. But could we please get some goblins and ghouls back in the game? 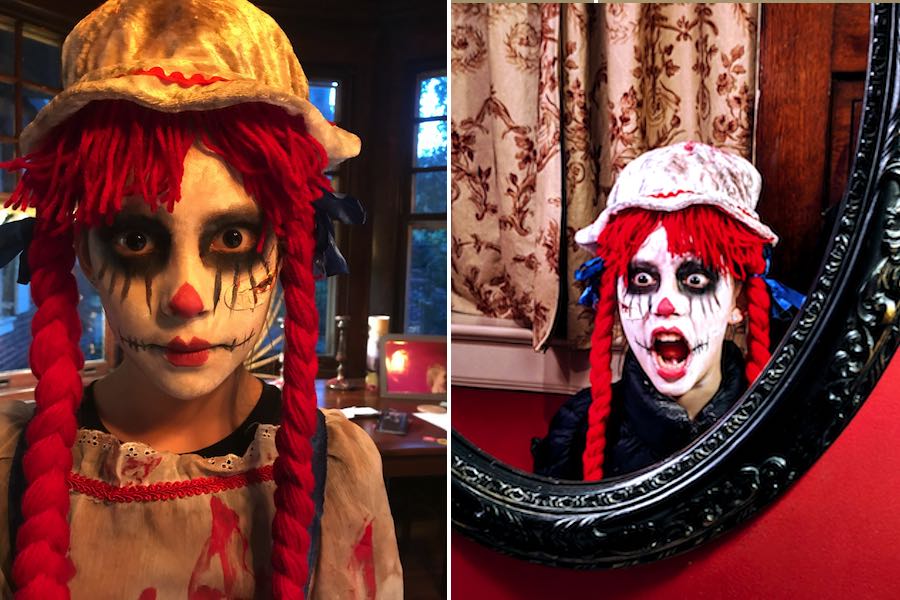 I was scrolling through my friends’ Facebook feeds, as one tends to do, when I saw a photo of my friend’s 11-year-old daughter, Coralie, dressed as a seriously scary Raggedy Ann. “This is what Halloween should look like!” I proclaimed to my own two kids, who are around Coralie’s age.

Now, normally, I hold my kids out as examples of how childhood should be. I’m very guilty of parental bragging — I admit it. But these kids have nothing on Coralie.

What are my kids going out as for Halloween?

My daughter is going to be a freaking piece of cherry Jolly Rancher candy, while her BFF is another flavor of the sticky hard candy that always gets stuck in my teeth. And my son is going as Michael Scott. Yes, the boss from The Office, a show he just recently discovered with his best friend, who is going as Dwight Schrute.

I guess it’s cute and all that they’re pairing up with their friends for these goofy outfits (I’m really hoping that my son doesn’t try to pull off any Michael Scott jokes, which are, of course, only funny in the context of the show), but in all seriousness: Does anybody remember when Halloween used to be scary?

This is, after all, a holiday associated with the belief that ghosts of the dead are coming back to earth on this day, October 31st. The creepy Celts used to wear animal heads and skins and start huge bonfires. During colonial times, it was common for communities to sit around and tell scary ghost stories. When was the last time you sat around a campfire and told ghost stories?!

At some point in the United States, church leaders decided that all of this ghostly, witchy, devilish Halloweening was bad for the soul. Parents were told to remove anything spooky from their kids’ Halloween costumes. Blood and gore became verboten. In my own house growing up, we were prohibited from dressing up or participating in Halloween in any way, really, for religious reasons. (Blame my mom.)

And now here we are, and we’re left with Jolly Ranchers, Office characters, whatever stupid “costume” you found at Five Below earlier today, and, no doubt, lots of Gritty.

All I can say is that if you’re coming to my house and want the most-coveted stuff — you know, the Twix bars, the Skittles, the M&M packs — you better have some blood dripping down your chin or you’re getting the bucket of vegan cookies.

Got some good and scary Halloween costume photos that might impress us? Tag us on Instagram @phillymag and use the hashtag #ShowUsYourScary