“Repeat after me: Tom Wolf is a wolf in sheep’s clothing,” was the mantra for Friday evening’s event at the City Avenue Hilton. 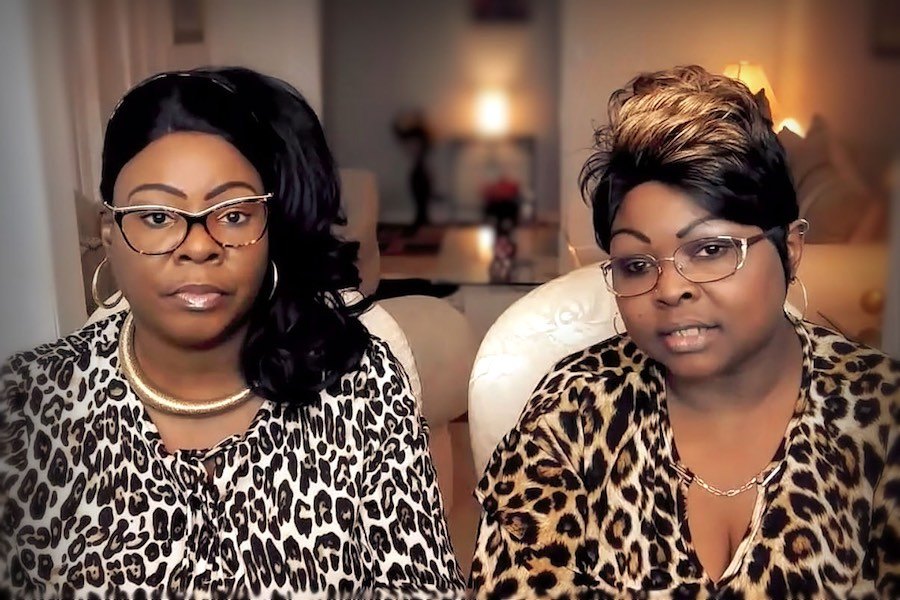 Lynnette Hardaway and Rochelle Richardson, aka Diamond and Silk. (Photo via Wikimedia Commons)

It had been a while since we heard from Diamond and Silk, the live-streaming southern siblings and YouTube sensations who gained national prominence in 2016 when they campaigned for Donald Trump, leading to them being criticized as a “minstrel show” and members of “Trump’s factory of ignorant black surrogates.” Well, Diamond and Silk turned up in West Philadelphia on Friday night to campaign for Scott Wagner, the Republican facing off against Tom Wolf in Pennsylvania’s November 6th gubernatorial election.

Diamond and Silk, whose real names are Lynnette Hardaway (that’s Diamond) and Rochelle Richardson (Silk), did most of the talking at the free event, which was held at the Hilton Hotel on City Avenue.

The crowd, which Wagner dubiously estimated at as many as 800, cheered, howled, hooted and hollered with enthusiasm as Diamond led the chant “Tom Wolf is a wolf in sheep’s clothing” over and over again, laughing at herself as she flubbed the line a couple of times. (Obama-level political rhetoric this is not, but what do you expect from a pair who once said the following on a self-published YouTube video: “If your black life really matters, you wouldn’t march in the streets and be blocking traffic. Someone can run you over. Duh!”)

Diamond explained to the audience that she and her sister used to be Democrats but that they became Republicans once Donald Trump announced that he was running for office.

Or, in Diamond-speak (you have to imagine it with the kind of rhythm and meter that the daughter of a North Carolina televangelist couple would have):

“Just because you black / Doesn’t mean you have to vote Democrat.”

“We got off that Democrat plantation and we switched our party to Republican,” Diamond continued.

Naturally, there were jabs at the media as well.

“Where the media at?” Diamond asked. “Where y’at media?”

The crowd booed, right on cue.

• Sanctuary cities: “Where’s the sanctuary for the American people right here in Philadelphia?”

• Undocumented immigrants: “This caravan is coming … I call it an invasion.”

• Abortion: “They complain about these illegal aliens at the border — Oh my God! You’re snatching them from the mother’s breast — but they’re unconcerned with babies snatched from the mother’s womb by Planned Parenthood.”

• The safe-injection movement: “They’re so concerned about plastic drinking straws, but they’re giving out plastic syringes so people can continue to do drugs to keep them high, out of your mind, and ripped off, from behind.”

Oh, and Diamond and Silk definitely think you should vote for garbage mogul Scott Wagner.

After Diamond and Silk got the crowd hyped up, they sat down with Wagner for a question-and-answer session, where they attempted to tackle issues like term limits for politicians, job creation, and the growing drug crisis.

“We love you,” Wagner told Diamond and Silk in closing. “I know there are millions of Americans that follow you and love you. You tell the truth. You have an opinion. You’re beautiful ladies. What you’re doing, you’re going to do a lot for this country.”