Philly Voter Registration Is Way Up. What Does That Mean for Turnout?

The city commissioner says all signs point to a likely jump in voter turnout in the midterm elections — though we’ll only know for sure when November 6th rolls around. 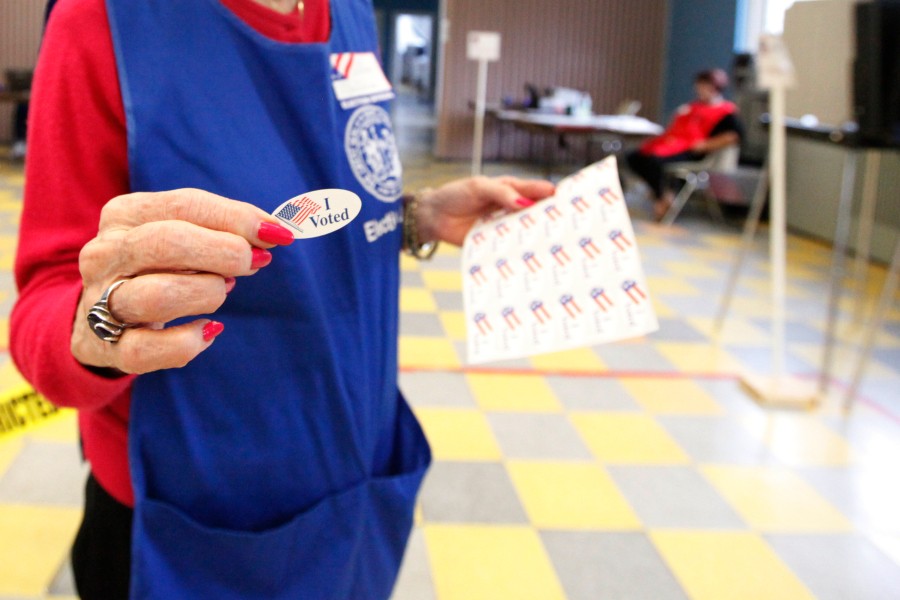 Philly voter registration rose notably between the May primary and the general election deadline this October. | Photo by jdwfoto/iStockphoto.com

Philly voter registration saw a major jump ahead of the midterm elections this November 6th.

Nearly 29,000 more people registered to vote in the city between the Pennsylvania primary in May and the recent general election registration deadline of October 9th, according to the City Commissioner’s Office, which oversees the election process.

That includes a wave of Democrats: 19,559 more, as well as 1,881 more Republicans and 7,496 “other” registrants (which basically includes everyone who’s not a Republican or a Democrat — they could be members of the Green Party, Libertarian Party, Independent Party, or non-party-affiliated).

The jump in voter registration that occurred between this year’s primary election and midterm registration deadline is the second highest in any comparable period in midterm elections dating back to 1970 — as far back as the office’s records go. Two other midterm elections also saw notable jumps in voter registration in the same time frame: 1978, with 100,627 more people registering to vote; and 2006, with 25,333 more people registering to vote.

Putting the increase in perspective: Why the previous upticks?

In regards to 1978, politician-turned-documentarian Sam Katz says “part of the question of increase in registration need to be correlated to race.”

Plus, Katz says, the 1978 midterm came during the tail end of the reign of former Mayor Frank Rizzo, who has been widely criticized for having a volatile relationship with the city’s African-American community. Two years prior, Rizzo’s opponents had led a recall effort to remove him from office, a process that was ultimately declared unconstitutional by the state Supreme Court, in a decision that was written by Chief Justice Robert N.C. Nix Jr. (Nix Sr.’s son, whom Rizzo had supported).

“There’s this backdrop of political upheaval in the city that I think was motivated in part by Rizzo and in part by Gray versus Nix,” Katz says.

Meanwhile, the 2006 uptick, which came amid mass dissatisfaction with George W. Bush‘s presidency, could be a reflection of a larger Democratic wave that occurred across country. That year, Democrats won control of the House of Representatives and the Senate and saw a majority of gubernatorial and state legislature victories. Of the 25,333 Philadelphians who registered to vote between the primary and the general election in 2006, 24,391 of them were Democrats.

“In places like Philadelphia, Bush’s election was deemed illegitimate in the first place,” Katz says. “My guess is, in Philadelphia, there is a major effort to defeat him.”

What does this mean for voter turnout in 2018?

Anyone who’s aware of the idealogical polarization that dominates our current political landscape could likely brainstorm a few reasons why voter registration might be up this year. But how might it translate to voter turnout next month?

For comparison, both 1978 and 2006 also saw increases in voter turnout over the previous midterm election. 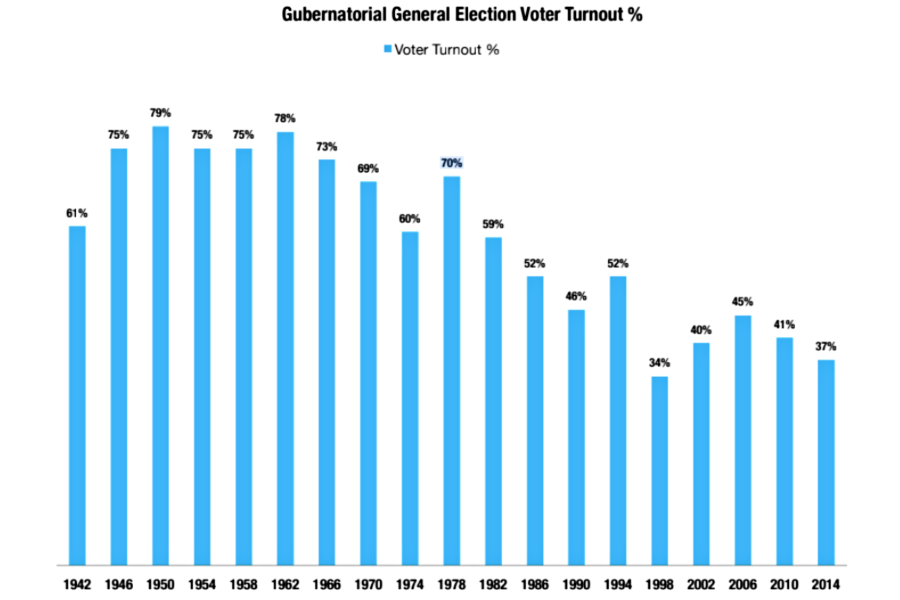 According to the Commissioner’s Office, this year’s absentee ballot registration numbers have already surpassed those of the 2014 midterm election cycle — and the deadline to apply for an absentee ballot isn’t until 5 p.m. on October 30th.

However, Schmidt points out that “in reality, you don’t know [voter turnout] until voters vote.”

“Until then, you’re just left with numbers, and this is what the numbers say,” Schmidt says.

Keeping with a trend that first started in Philly two years ago, third-party and non-party-affiliated voters continue to outnumber Republican voters in the city — now more than ever before.

Philly is currently home to 118,765 Republican voters and 127,385 “other” voters. Schmidt notes that this increase correlates with a national trend, which some say is a sign that voters are sick of party politics.

Meanwhile, a PA Post analysis of statewide voter registration data found that Pennsylvania registration is up across the board, regardless of party (or non-party). For the first time for any midterm in the past two decades, Democrats, Republicans and unaffiliated or third-party registration all saw increases in 2018, the publication reports.

Pennsylvania Department of State data shows that registration rose 1 percent for Republicans, 2 percent for Democrats and 4 percent for unaffiliated and third-party voters this year, according to the PA Post.