The video makes us want to be sitting in the shop, munching on warm strawberry lavender donuts and enjoying the tunes. 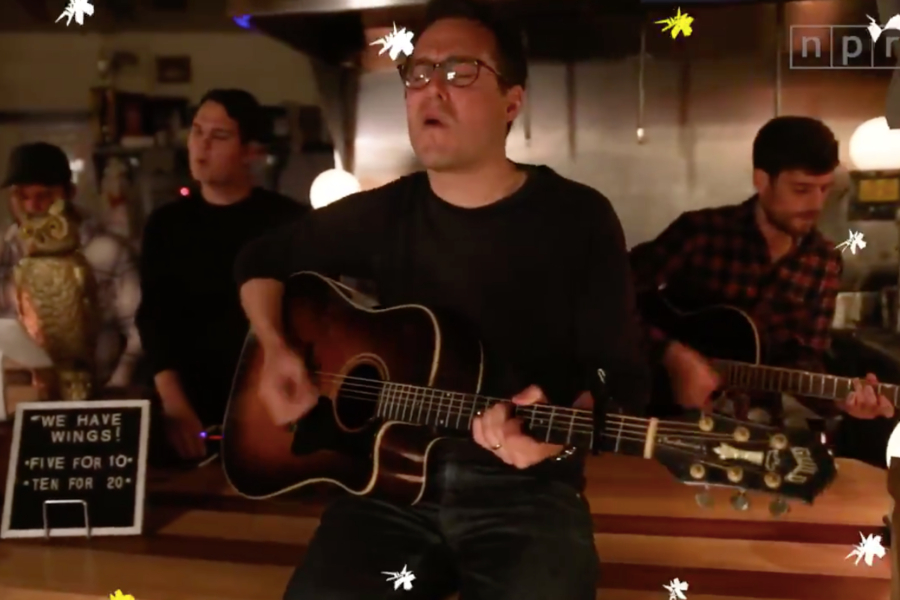 It’s a beautiful marriage we never knew we needed.

The folks at NPR (and closer, at WXPN) have filmed a stripped-down Night Owl show at Federal Donuts, and the results are wonderful.

The song is off the band’s new album, LP5000, which the group released late last month.

Frontman Jon Loudon sings on the shop counter, while the rest of the band members stand behind. A “WE HAVE WINGS!” sign sits front and center, which makes us happy.

Really, the video just makes us want to be in the store, munching on some warm strawberry lavender donuts and enjoying the tunes — like this guy:

Night Owl (NPR’s weekly show featuring intimate late-night performances, for those who are wondering) posted the video to Facebook this week.

“Melding two of my favorites, FedNuts and Restorations!” one Facebook user commented.

“A marriage (fling?) between Fednuts and WXPN makes me all warm an (sic) fuzzy,” a Twitter user said.

You can view the performance in its entirety right here.