Can Philly Get a Lesbian Bar? Please?

Five years after Sisters closed, the city still has no club for queer women. That’s got to change. 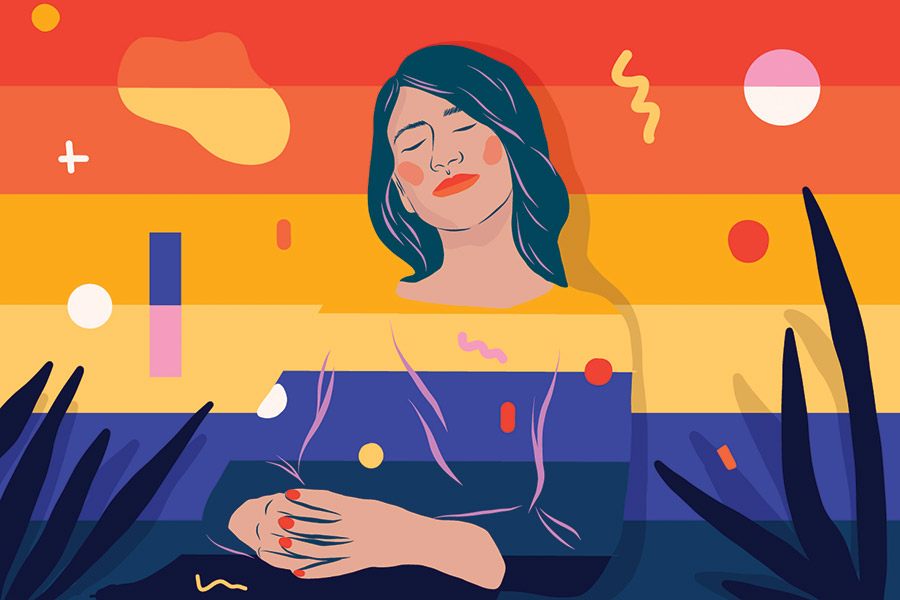 On a Thursday night in July, my girlfriend and I were strolling the Gayborhood when we bumped into a crew of lesbians we know from Boston. Someone suggested going to Woody’s, the institutional epicenter of Philly gaydom, and we were too sweaty to protest. Minutes later, we found ourselves surrounded by normy post-work happy-hour-goers in chinos and peplum blouses. A giant TV on the wall looped an ad for Woody’s fried chicken strips, enlarged to show texture. And that, pretty much, is what the Gayborhood has to offer queer women.

Sure, there’s slightly more to Philly queer nightlife than Woody’s at 5 p.m. But for a city with 60,000-plus LGBTQ residents, the options are scarce for everyone except white cisgender gay men, whose economic clout announces itself at every rainbow crosswalk. Meanwhile, Philly has been without a lesbian bar since Sisters closed in 2013, a casualty of a nationwide epidemic that claimed even San Francisco’s last official hang for queer women.

A major cultural shift is at least partly to blame for the mass closing of lesbian bars. The growing acceptance of fluidity in gender identity and sexuality has changed how people see themselves; for me and most of my peers, the word “lesbian” feels like an ill-fitting uniform. And gentrification continues to price out queer businesses — with women, who still earn less on average than men, especially vulnerable.

In recent years, dating apps may have usurped the bar’s role as matchmaker for queer women, but the refrain everywhere, especially since the 2016 election, is that we desperately want refuges, spaces where we don’t have to explain ourselves in countless exhausting ways. Safety is a real issue, too: Violent acts of homophobia still happen, disproportionately affecting people of color, who make up a sizeable part of Philly’s queer community. After much hype, Denise Cohen, the former general manager of Sisters, opened the Toasted Walnut in 2017, but she seems spooked by the idea of labeling it a women’s bar. To say that something is better than nothing is to miss the point: There have been countless somethings for queer women in Philly, all of which have had too-brief moments before fading out.

Part of the longevity problem could be that queer women in this city haven’t been great about supporting each other. In 2009, Amber Hikes, now head of the Mayor’s Office of LGBT Affairs, was organizing Stimulus, a monthly party for queer women. When she approached fellow queer women for help, she got almost none. “We were either ignored or told that we wouldn’t succeed,” says Hikes. There seems to be a notion among certain elders that if they had to pay their dues, the kids must, too.

Still, Hikes and her co-founder managed to pull off a series of monthly events that sometimes drew 600 people in a night, shattering the stereotype that we’d rather stay home and pet our cats. Stimulus lives on as Tabu’s second-Saturday SWAY, and there are other regular-ish events. But these pop-ups feel unsatisfying — reminders that we only get to celebrate our identity when we secure the appropriate permits.

“Gay men are still the gatekeepers, and they don’t see our community as profitable,” says Hikes. “We’re lucky to get a Tuesday or a Thursday.”

Until queer women in Philly actually start supporting each other — and more established members of our community invest in the up-and-comers — we probably won’t get other nights of the week anytime soon. And when we can’t find each other, we can’t work together.

Published as “The Invisible Philly Lesbian” in the October 2018 issue of Philadelphia magazine.