We repeat: Free coffee. All weekend. 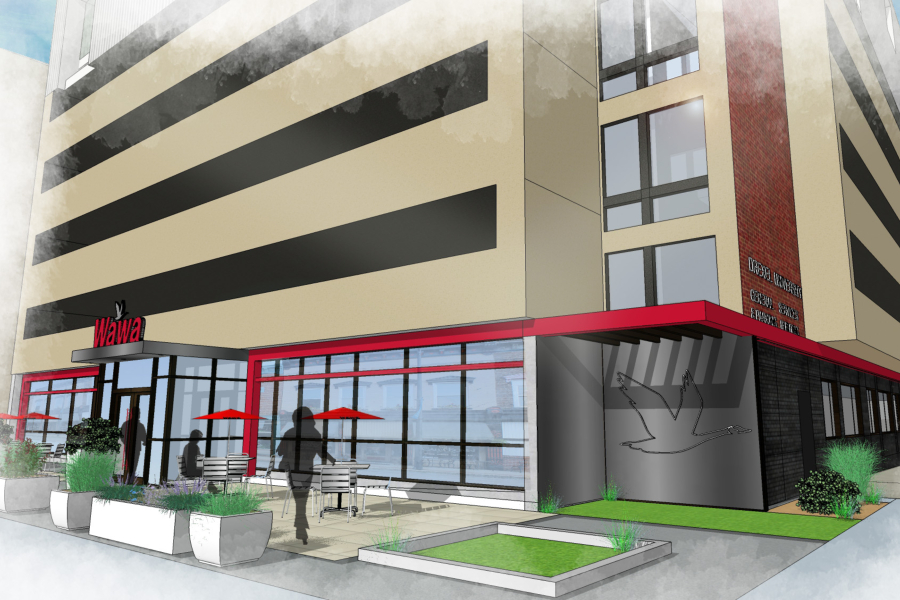 A rendering of the new Wawa opening on the Drexel campus (with free coffee!) on Friday. | Photo courtesy of Wawa

Philadelphia’s largest Wawa — for now, that is — is set to open in University City on Friday — and if that weren’t good news enough already, brace yourselves.

The store will give out free coffee from Friday to Sunday. That’s a weekend of free joe, which sounds like an unprecedented (and very welcome) free-coffee deal to us.

You can find Philly’s newest Wawa at 3300 Market Street on Drexel University’s campus. That’s just a few blocks from an existing Wawa near 36th and Chestnut streets, and just a little farther from another Wawa at 38th and Spruce. All more evidence that Wawa is taking over Philadelphia.

Some visit for the sights, others for the ☕️ pic.twitter.com/EJiSqmMniO

In fact, the Wawa on Drexel’s campus will have a short run as the company’s largest store. Sometime in the next few months, Wawa will open its biggest- (and hippest-) ever store inside the Public Ledger Building on the corner of 6th and Chestnut streets. The 11,300 square-foot space will include artisan coffee, speciality baked goods (plus the usual beloved Wawa fare), and plenty of seating, as well as lots and lots of plants. (Here’s the scoop on that location, including photos.)

The new Wawa in University City won’t be quite as … fancy (shall we say?) as that one, but a spokesperson for the company said the store will still feature some “unique elements” and “fast casual interior design,” including seating areas, bar top seating, banquet and table seats and “urban brick features.” Plus, there will be a mobile pickup station located across from the front entrance for those who order with Wawa’s mobile app. The store will measure 8,760 square feet.

The location will open its doors to the public at 7 a.m. on Friday. At 8 a.m., employees will hold a grand opening/ribbon cutting ceremony, including a hoagie-building competition and the debut of a new “Drexel-inspired speciality beverage,” the Dragon Double Shot.

“This sweet and salty caramel latte is available only in Wawa’s Drexel store and features two shots of espresso and has blue and gold toppings,” Wawa said in a statement.

Meanwhile, the Wawa expansion continues. The company will open two other stores in Center City next month: A location at 13th and Chestnut streets on October 4th and at 12th and Market streets on October 25th. Then look out for the opening of the ultimate Wawa sometime before Thanksgiving.