It Happened Last Night: Bradley Cooper Came to Philly With “A Star Is Born”

He refused to do the E-A-G-L-E-S chant. But we still love him — and his gorgeous new movie — anyway. 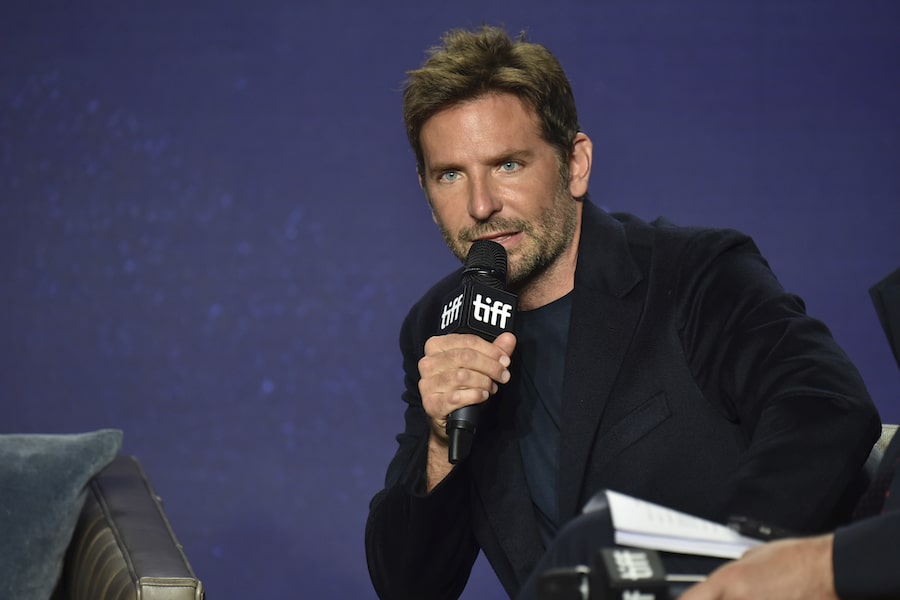 Bradley Cooper at a recent screening of A Star Is Born, his remake with Lady Gaga. (Photo via AP)

Wednesday night was quite the scene at the Prince Music Theater in Philadelphia. Hundreds gathered for a private screening of A Star Is Born and a Q&A with Bradley Cooper, who stars in the movie with Lady Gaga. A Star Is Born also marks the directorial debut for Cooper, who is a native of Jenkintown.

Clad in Nike high-tops, jeans, and a Muhammad Ali jacket, Cooper spent about 30 minutes on stage talking with none other than CBS3 anchor Ukee Washington. (Apparently, Cooper appeared as a child on a show that Washington hosted ages ago.)

Cooper told the crowd some fun stories about how he got Sam Elliott and Lady Gaga to sign on for what is the fourth version of A Star Is Born to come out of Hollywood. He also talked about how he got his own voice so low for the movie, an idea he says he took from reading Bruce Springsteen’s biography.

Audience questions and comments were the best part of the interview.

Philly radio personality Patty Jackson told Cooper how proud Philly was of him. Another woman said that the film resonated with her because her family has suffered from some of the issues explored in A Star Is Born (no spoiler alerts here!), and Cooper got up and hugged her.

And, because we are Philadelphia, a man from the Northeast stood and asked Cooper to do the E-A-G-L-E-S cheer. Cooper laughed but politely declined. Frankly, we’re a little shocked that he didn’t do it, but I guess when you’re all rich and famous …

The big rumor for the night was that Lady Gaga was going to show up. She’s been with him in some other cities. And, heck, she’s from New York City, so it’s not like Philly is some foreign place to her. Alas, she did not appear.

As for the movie, A Star Is Born has been getting stellar reviews at the film festivals and there’s already a ton of Oscar buzz. One critic for Variety wrote that A Star Is Born might just have what it takes to win in all the major Oscar categories, which would be historic to say the least. One man at the screening actually told Cooper that he was robbed of the Oscar for Silver Linings Playbook but not to fear, because, the man told him, he would definitely win an Oscar for A Star Is Born.

“The movie was stunning,” says Philadelphia magazine executive editor Ashley Primis, who attended the Wednesday night affair. “There was, as they say, not a dry eye in the house.”

A Star Is Born officially opens on October 5th, but some theaters in the Philly area are showing it on October 4th. Definitely seems like one worth seeing in theaters instead of doing the old, “Oh, I’ll wait to see it on Netflix” thing.