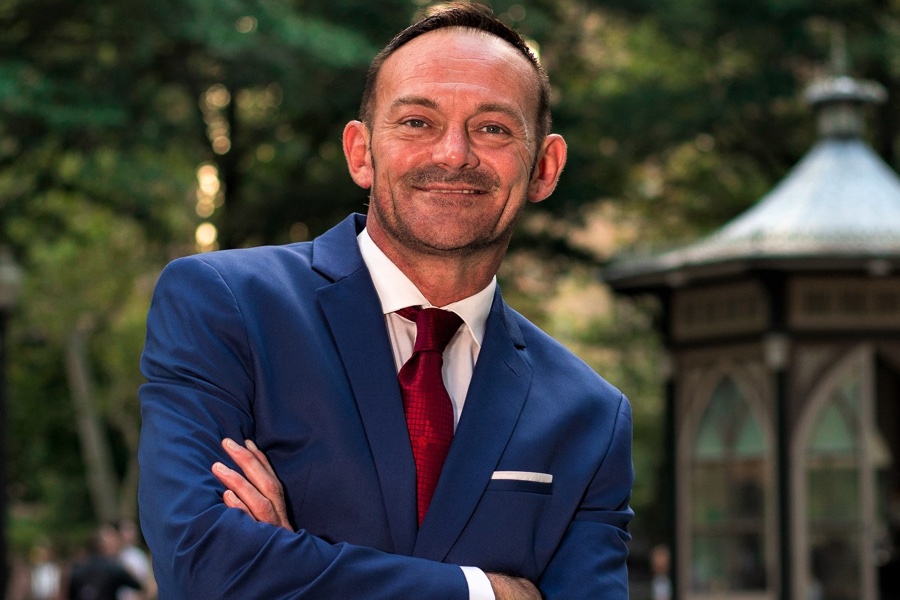 In an unexpected twist, state Rep. Brian Sims will have an out challenger in November — the first time in Pennsylvania history that two openly gay candidates for state office will face off in a general election.

James McDevitt, who is also known as Jimmy Mack, is officially on the ballot as an independent running for Sims’s seat in the 182nd District, which encompasses the Gayborhood. McDevitt, a Philly native and Temple graduate, says he chose to run as an independent “to get a legitimate chance to be on the ballot” and argues that he is “more of a Democrat” than Sims, whom he describes as a “corporate lawyer.”

“I’m looking to open Pennsylvania’s elections to all voters,” McDevitt says. “I consider myself to be a Berniecrat socialist with more fiscal responsibility.”

In a broadly progressive platform, McDevitt aims to ban fracking, fight for LGBTQ protections, and legalize marijuana in addition to lowering medical malpractice premiums for doctors and medical professionals. Within the district, he says, he hopes to boost constituent services and continue fighting against racial disparity and Gayborhood racism, something he says Sims “has not been present enough for.”

“Brian Sims has not been maintaining the level of constituent services appropriately,” McDevitt says. “He also currently has 48 missed legislative votes in Harrisburg.”

According to documents obtained by Philadelphia magazine, Sims requested an extension last week in Commonwealth Court to potentially file a petition to challenge McDevitt’s nominating papers after the Pennsylvania Department of State’s website “inadvertently omitted” McDevitt from its list of candidate names. The court granted the request and gave Sims until Wednesday at 5 p.m. to file; ultimately no petition was filed.

A source familiar with the situation told Philadelphia that “[McDevitt] had so many signatures that it was obvious [Sims] was just going to have to fight for the seat this time.”

Sims did not respond to Philadelphia’s request for comment.

Democrats and Republicans in Philadelphia have rarely had to face independent challengers in general elections, and if elected in November, McDevitt would become the first independent to win a Pennsylvania State House seat. Sims won his race uncontested after Democrat challenger Lou Lanni dropped out later in the primaries earlier this spring.

This story has been corrected to reflect that Sims did not defeat Lanni in the spring primaries.