How Malcolm Jenkins and Chris Long Made a Difference

Or: When football is about way more than football. 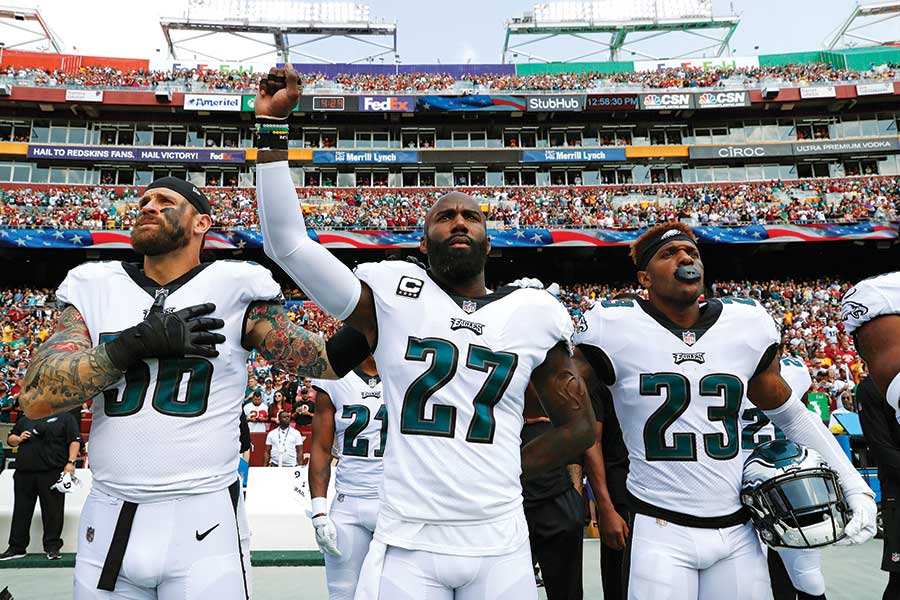 Want an enduring image from last Eagles season? We’ll take Malcolm Jenkins and Chris Long, linked hand-on-shoulder on the field as the National Anthem played. Yes, there was powerful symbolism to it: a black player raising his fist as a reminder that justice isn’t always doled out equally in America; a white ally supporting that sentiment. But the duo is about more than symbolism; they’re about real impact. Jenkins was instrumental in getting the NFL to put up major money for criminal justice reform and community outreach over the next seven years, while Long famously donated his entire $1 million base salary (after taxes) to education organizations in the cities where he’s played football.

“The power of his celebrity got so many people excited,” says Sylvia Watts McKinney, executive director of the Philly outpost of Summer Search, one of the organizations that received money from Long. Summer Search is a mentoring program that helps promising-but-at-risk students get into, and then thrive in, college. Long’s largesse allowed the program to increase capacity — and helped it jump-start its school partnership efforts, fast-track its public policy agenda, and really motivate its donor base.

“That someone of his caliber believes in and wants better for our kids — it’s hard to put the value of that into words,” says Rose Hanley, executive director of St. Louis’s Little Bit Foundation, another organization that Long supports. “My heart is pouring over with gratitude.”

So are ours. For two truly great Eagles.