Including a history scavenger hunt, jazz festival, and pop-up beach. 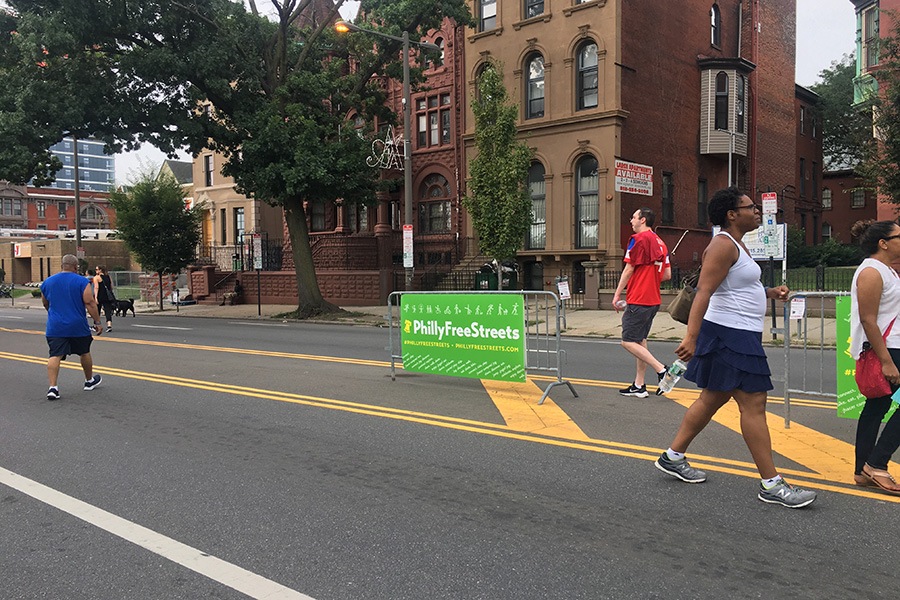 The city gave pedestrians free reign of North Broad Street on Saturday and, by all measures, they made the most of it.

Cars were barred from an eight-mile stretch of Broad Street, from City Hall to Erie Avenue, for the city’s third Philly Free Streets event. Residents ran, biked, and walked the wide-open stretch of North Broad — while others set up barbecues, danced, and played music.

And then there was this young family, utilizing three forms of transportation:

Thanks to everyone who joined us today at @PhillyFreeSts, connecting Center City to the heart of North Philadelphia. More photos to follow but, for now, we will leave you with this father and two sons. Thanks for sharing, @publicworkshop! #PhillyFreeStreets #ThinkBroad pic.twitter.com/K8Yx1sdPPl

Or this guy — who we strongly relate to — figured why not just throw down a chair and let it all pass you by:

“I’m not in anyone’s way and I got a cool breeze and a diet ginger ale,” Tyrone “Dr. Thunder” said on N. Broad. #phillyfreestreets pic.twitter.com/GYLfL59bPi

It was a behemoth block party with an open invitation. Or, for some, it became a chance to slow down and take in the murals and architecture of a street they usually zip down.

Mural Arts Philadelphia got in on the fun, too.

Another community art pop-up along #PhillyFreeStreets at the site of a future traffic calming median. #ThinkBroad pic.twitter.com/LPw0YQTIkR

The city had a full itinerary of activities to keep families occupied. At the Cecil B. Moore intersection, there was a jazz festival. Near J.F.K, there was an African-American history scavenger hunt. And at the Master Street intersection near Temple, a pop-up beach with 50 tons of sand — complete with hammocks, beach chairs, and games — was available. (If you missed the beach, no worries: It will be back this coming weekend.) 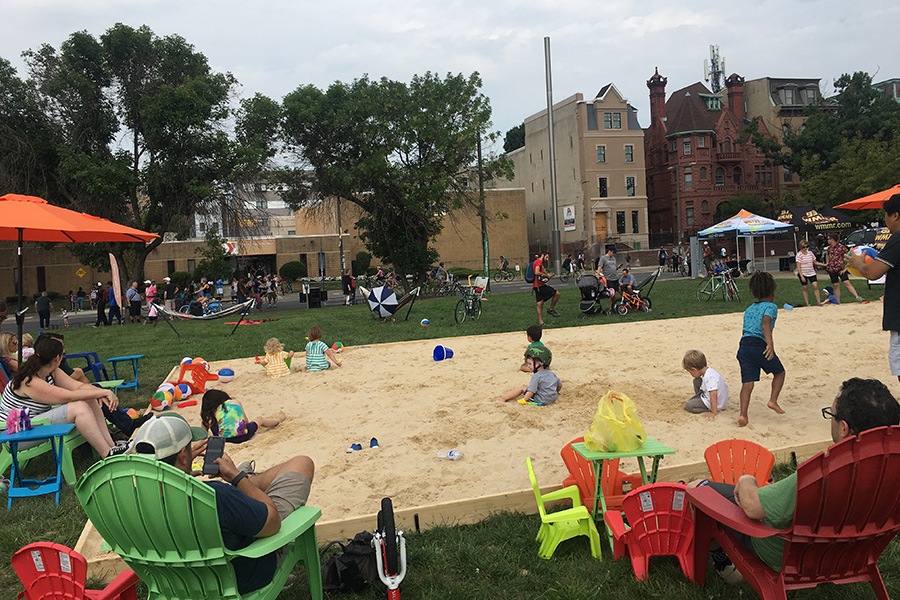 Mayor Kenney joined the festivities, too, making the walk from J.F.K. to Erie, and then replacing his burned calories with a cheesesteak from Max’s (American wit with a little hot sauce, if you were curious.)

Perfect end to #PhillyFreeStreets: a visit to Max’s for a cheesesteak! American wit – plus a little bit of hot sauce. So glad so many Philadelphians visitors are checking out all the businesses on North Broad and Germantown Avenue this year! pic.twitter.com/BoO12tELwL

If you’re feeling a little FOMO this dreary Monday morning, you have next year’s Philly Free Streets to look forward to. We can only imagine they’ll want to keep this young tradition alive.

Join us today until 1 pm at 440 N Broad St for #PhillyFreeStreets! You can even hear these awesome student musicians. #RingtheBellPHL #PHLed pic.twitter.com/Y0q7DGgHKo