Hate Incidents in Philly Have More Than Doubled Since 2016, Says ADL

The Anti-Defamation League just released its first-ever hate heat map, showing a disturbing trend in the city and across the country. 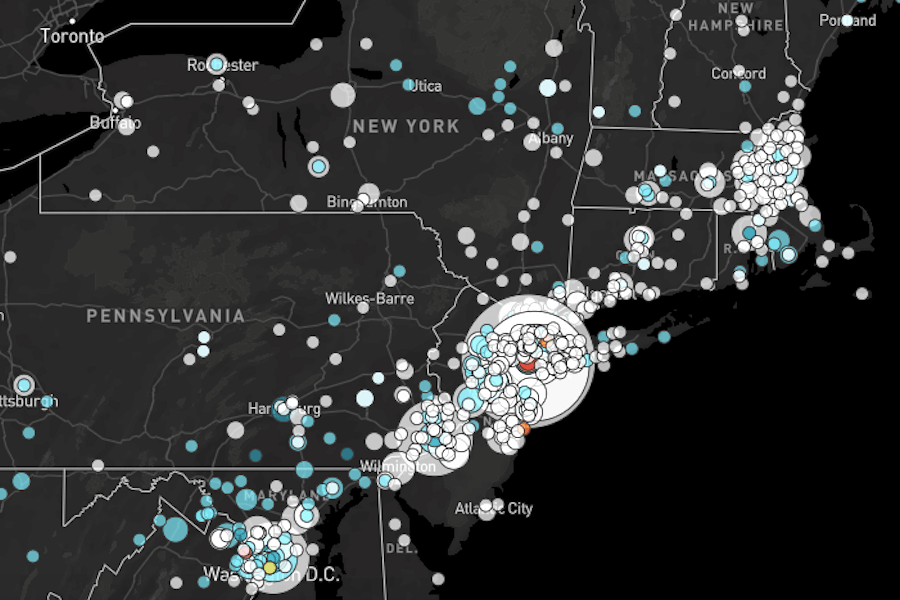 The New York–based Anti-Defamation League on Thursday released its first-ever hate heat map. Formally known as the ADL H.E.A.T. Map — the acronym standing for hate, extremism, anti-Semitism, and terrorism — the map shows trends in hate incidents across the country, including in the Philadelphia area. And, sadly, the data is bleak.

In Philadelphia proper, for instance, the ADL counted 19 hate incidents in 2016 and 42 in 2017, an alarming increase.

The documented incidents include well-publicized events, such as the swastika and “Sieg Heil 2016” graffiti found in South Philadelphia the day after Donald Trump was elected to the White House and the vandalism of a Jewish cemetery in Northeast Philadelphia last year.

Individual victimized by neighbor who told him, “It’s a shame Hitler didn’t get you with the rest of them.”

Car vandalized with swastika and the n-word at Temple University.

The ADL hate heat map allows users to search and filter by geographic area — you can search statewide or by city; incident type, such as anti-Semitic event or white supremacist event; ideology, where the choices include left wing, “Islamist”, and various subcategories of “right wing”; and date range.

Statewide, there were 68 reports for Pennsylvania in 2016 and 121 in 2017. The ADL has documented similar increases nationally and in other cities. An ADL spokesperson told Philly Mag that the data comes from media and crime reports as well as complaints filed with the ADL directly.

“ADL has been raising the alarm about rising hate in the region for years, and our new interactive map provides us a unique look at this disturbing phenomenon,” said ADL Philadelphia regional director Nancy K. Baron-Baer in a statement. “The map illustrates that, over the last decade, nearly every county in eastern Pennsylvania, southern New Jersey and Delaware witnessed at least one act of hate. This is a sobering reminder that bigotry is not someone else’s problem – it is everyone’s problem.”

On the same day that the ADL released the hate map nationally, the Philadelphia office of the ADL and Philadelphia mayor Jim Kenney announced the new Black-Jewish Alliance of the ADL, which is “dedicated to rebuilding the historic alliance between Blacks and Jews that flowered in the early days of the Civil Rights Movement,” the ADL said in its announcement.

“I was absolutely sickened by the despicable display of bigotry we saw down in Charlottesville last year,” Kenney said in a statement. “We have zero tolerance for acts of hatred and discrimination in the City of Brotherly Love and Sisterly Affection. I am proud to stand with the Anti-Defamation League here in Philadelphia as we bring communities together to fight back against hate in all forms.”

You can search the ADL hate heat map here.