The Real Trouble With Trigger Warnings

The impulse behind trigger warnings — to give trauma victims and people with mental-health issues a chance to avoid a potentially harmful topic — is a good one. But they’re now being used for a very different purpose. 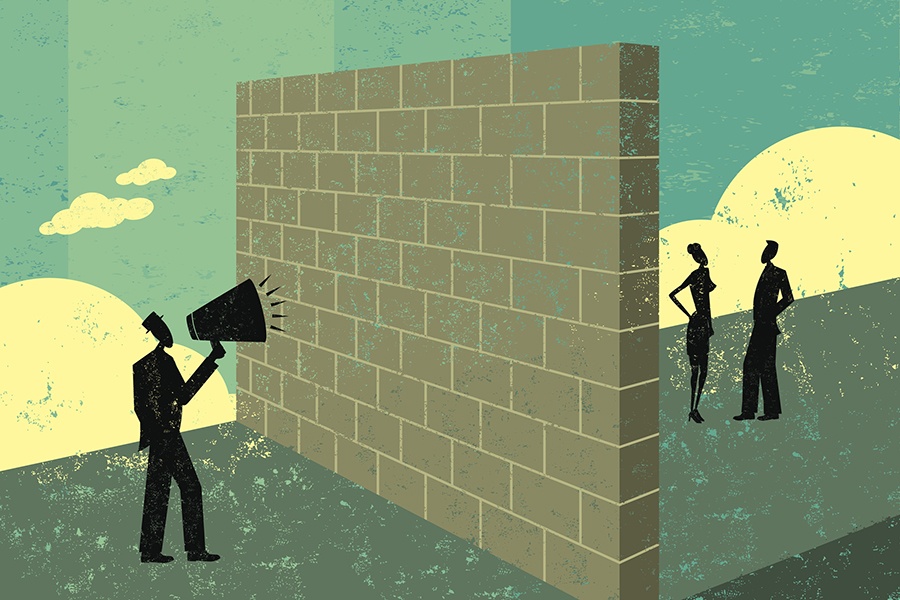 Trigger warning: The op-ed you’re about to read might make you feel uncomfortable about your privilege, upset at the troublesome society we live in, and obligated to confront your complicity.

Imagine if I had to put that at the beginning of every opinion piece I wrote for this publication. I can envision some people instantly clicking away to opt out of engaging with content that might challenge their perspective.

While variations of the term began appearing on feminist message boards in the late 1990s during discussions of sexual assault, trigger warnings went viral a few years later after fan-fiction writers and readers began to put disclaimers on sensitive posts on the blog site LiveJournal. Since then, the use of trigger warnings has broadened to warn people about the content of college lectures, news stories, and entertainment that can be perceived as traumatic.

The impulse — to give trauma victims and people with mental-health issues a chance to avoid a potentially harmful topic — is a good one. For example, it is argued that sharing posts online about suicide may “trigger” someone who has struggled with similar feelings. Proponents of trigger warnings tout research suggesting that the stigma arising from harmful content that doesn’t carry any disclaimers can induce trauma for those with mental illness.

But I had never seen how trigger warnings could be turned into a tool of censorship until I got banned from a national social justice Facebook group recently for breaking its “trigger-warning policy.” When I shared the viral video of a white woman calling the cops on an eight-year-old Black girl for selling water outside her house, I was told by an admin of this collective of self-described progressives to take the post down or put a trigger warning up for members who might find the content “too emotionally traumatic to watch.”

I pushed back on this request simply because I didn’t see how a space that had arguably committed itself to addressing social justice issues could make it harder to see a nonviolent example of injustice. Once again, I was told that some people could be “uncomfortable viewing such an unfortunate event” and providing a trigger warning gives those “the option to choose whether or not they want to subject themselves to such painful material.”

And that’s when I had an epiphany. This guy wasn’t thinking of other people who might be upset watching another harrowing example of implicit bias — he was considering himself.

“Uncomfortable for whom?” I interrogated.

“For our followers,” he responded.

“Which followers? Are there any Black people who are disturbed by this reality?”

“I am personally triggered seeing this.”

“So you want the option to choose when and how you get to interact with racism in America, when I don’t ever get to the choice to do so? That is saying a lot.”

Before I was able to read the next comment, the post had been deleted and I was banned from the page. I, a Black man, was essentially barred from spreading awareness of an act of racism because the white man curating the dialogue felt “triggered” by it.

It was in this moment that I began to reflect on the nature of trigger warnings and how they’ve been used in this era of online social justice activism. As a journalist and citizen who recognizes how viral images and videos have awakened and mobilized my generation, I’m convinced that this new wave of censorship is a form of policing marginalized dissent.

Yes, I am aware that trigger warnings aren’t only being used during instances of racial injustice, but the self-arbitrators who call for their usage are often white people. A simple search on the issue will have you find that the movement for trigger warnings in books, movies, college lectures, and other places are being led by educated white people who are claiming to protect us all.

But what I’ve begun to realize is that censoring public acts of racism is a balm that helps keep white people from addressing a reality Black people endure daily. It’s a privilege to be able to turn imagery of racism on and off in your life. It’s even more ludicrous to be able to dictate how Black people around you express their rightful rage against oppression that you have the luxury of disengaging with.

“I don’t do trigger warnings often because our Blackness never affords us warnings when living in a white supremacist society … but this vid does contains graphic images that may be triggering to some,” said local Black musician Wordz the Poet Emcee on a caption for his music video “Black Man Down.” The video features viral clips of extrajudicial police killings caught on tape. I can’t help but wonder what impact the video would have had for some viewers who didn’t know what to expect.

For these reasons, I refuse to put a trigger warning on any content I share that involves racism. I will not allow my acts of public awareness to be stifled by hypersensitive people who are more invested in comforting white guilt than in confronting a crisis. White fragility, a term coined by multicultural education professor Dr. Robin DiAngelo, is described as “a state in which even a minimum amount of racial stress becomes intolerable, triggering a range of defensive moves.” In other words, when white people choose to prioritize their individual discomfort with racism over the power of Black protest by invoking trigger warnings, you’re seeing peak white fragility in real time.

In June, viral audio clips of immigrant children crying while being separated from their families at U.S. detention centers spread across the internet. Many people sharing the audio refused to include a trigger warning on their social media pages. I wonder if anyone would now question the impact that those cries have had on pushing the current immigration policy conversations nationwide.

In situations like this, a trigger warning would not have protected anyone — it simply would have kept us in the dark. Issues affecting Black and brown lives can’t continue to be censored at the expense of a privileged class afraid to be “triggered” by their own complicity.