But only a glass of water was harmed when conservative commentators Charlie Kirk and Candace Owens’s Monday breakfast at the Center City restaurant went viral. 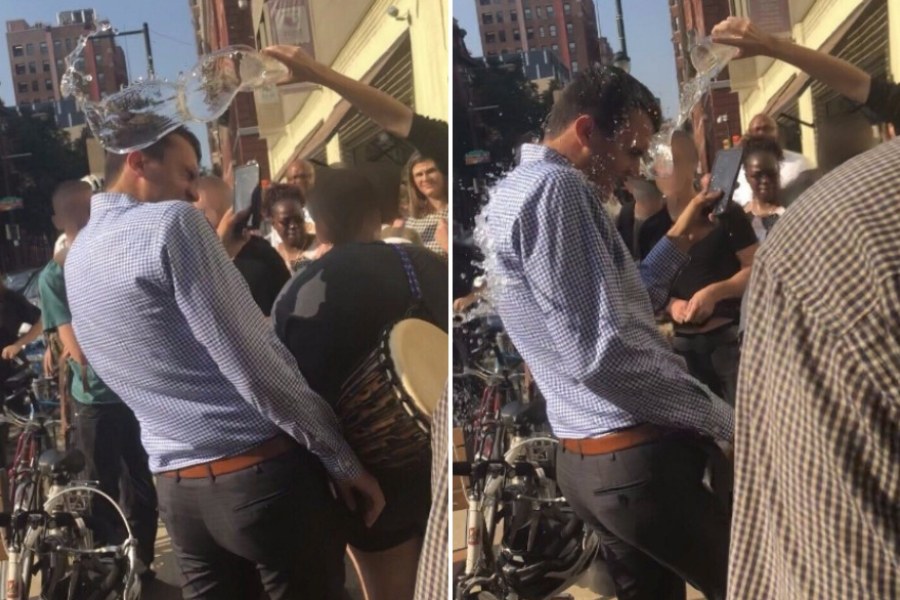 Green Eggs Cafe in Center City would like to keep its operations limited to red velvet pancakes, stuffed french toast and eggs your way — not viral standoffs between conservative commentators and Philly Antifa protesters.

Alas, the latter is exactly what happened on Monday, when Charlie Kirk and Candace Owens decided to dine at the Midtown Village restaurant located near 13th and Locust streets. Their 9 a.m. breakfast came to an early end when dozens of antifacist Antifa protesters got wind of it and gathered outside, blowing whistles and shouting things like “1, 2, 3, Fuck the bourgeoisie!”

Both Owens and Kirk posted footage of the protest to Twitter, which of course attracted national attention.

To be clear: ANTIFA, an all-white fascist organization, just grew violent and attacked an all-black and Hispanic police force.

Because I, a BLACK woman, was eating breakfast.

Is this the civil rights era all over again? pic.twitter.com/piJfnopniW

Both protesters and conservatives bombarded Green Eggs on Twitter, saying things like “only crazy liberals go to @GreenEggs” and “If you serve media thirsty fascists like Kirk and Ownes (sic), your business with Philadelphians is CANCELLED.”

So Green Eggs responded with a statement of its own:

“On August 6th, at roughly 9 a.m., an incident took place at our Midtown Village location between protesters and two political figures.

We specialize in all things brunch and any questions related to our food service, we would be glad to answer. Any political questions, we can only tell you to go vote in November and make your voice heard.

We apologize to all of our guests who were disrupted by this incident.

We do brunch. You go vote.”

Owens and Kirk, who were in Philadelphia for a board meeting of Kirk’s pro-Trump nonprofit Turning Point USA, claimed protesters “ATTACKED” them.

Antifa said on Twitter that members were protesting Turning Point USA’s hiring of racist employees, including the group’s former national field director Crystal Clanton, who, according to the New Yorker, once sent a text message to another Turning Point employee that read “i hate black people. Like fuck them all … I hate blacks. End of story.” Clanton was out of the organization several days later.

Antifa Philadelphia, Abolish ICE Philly and the Liberation Project posted photos of the protest to Twitter, including a few shots of a demonstrator dumping a cup of water on Kirk’s head.

Kirk declined to press charges in the incident, per FOX.