It’s our favorite take yet on the viral dance craze (which is apparently prompting warnings from the National Transportation Safety Board). 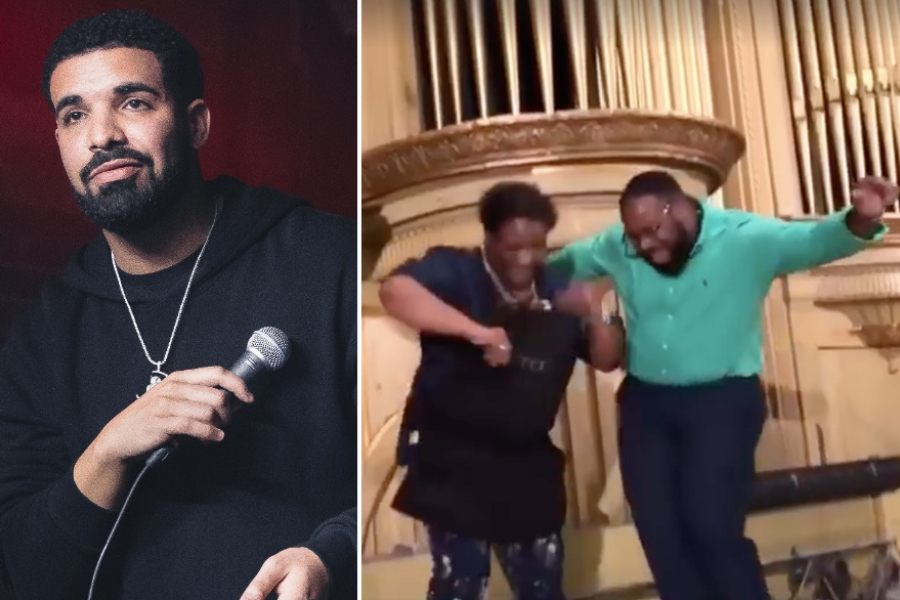 Everyone’s getting in on the #InMyFeelings challenge.

For those who are scratching their heads right now, the #InMyFeelings challenge is the latest social media dance craze (flashback to the Harlem Shake and the Mannequin Challenge), spurred by the new Drake song “In My Feelings.”

Plenty of people — celebs and non-celebs alike — are picking up their phones and recording themselves dancing to “In My Feelings,” which is featured on Drake’s recently released Scorpion album. But the #InMyFeelings video that all of Philadelphia should be watching right now is by the team from Macy’s Center City.

The clips features some great shots of employees dancing in the store, which is located at 1300 Market Street. It includes a few scenes with the store’s famous Wanamaker Organ, of course.

In case you’re feeling inspired, the dance pretty much involves two simple dance moves: making a heart gesture when Drake sings “Kiki, do you love me?”, followed by a driving motion when Drake sings “Are you riding?”

You can get pretty creative with the rest. Watch the original #InMyFeelings dance, which was posted to Instagram last month by social media comedian Shiggy. Or check out a few clips from celebrities like Kevin Hart, Ciara, Will Smith, or Chrissy Metz and Chris Sullivan for motivation. Or just let this dance trend die like the all the other dance trends. Up to you.

If you do partake in the challenge, be safe: Apparently some people are filming themselves stepping of moving cars in response to Drake’s question of whether or not Kiki is, in fact, riding. One girl even appears to get hit by a car while filming the video (though Snopes.com has pointed out that the collision is fake).

For that reason, the National Transportation Safety Board is not a fan of the #InMyFeelings challenge. The federal agency is asking everyone to please, stay in their cars and keep their eyes on the road.

We have some thoughts about the #InMyFeelings challenge. #Distraction in any mode is dangerous & can be deadly. Whether you are a #driver, #pilot, or #operator, focus on safely operating your vehicle. Read more on this #NTSBmwl issue: https://t.co/b9D0IwNemV #MWLMonday https://t.co/vt6oFTbDsj