Gurbir S. Grewal’s adjournment of all municipal court marijuana cases will last until September — and by then, a bill that could legalize recreational use of the drug could reach the state Senate. 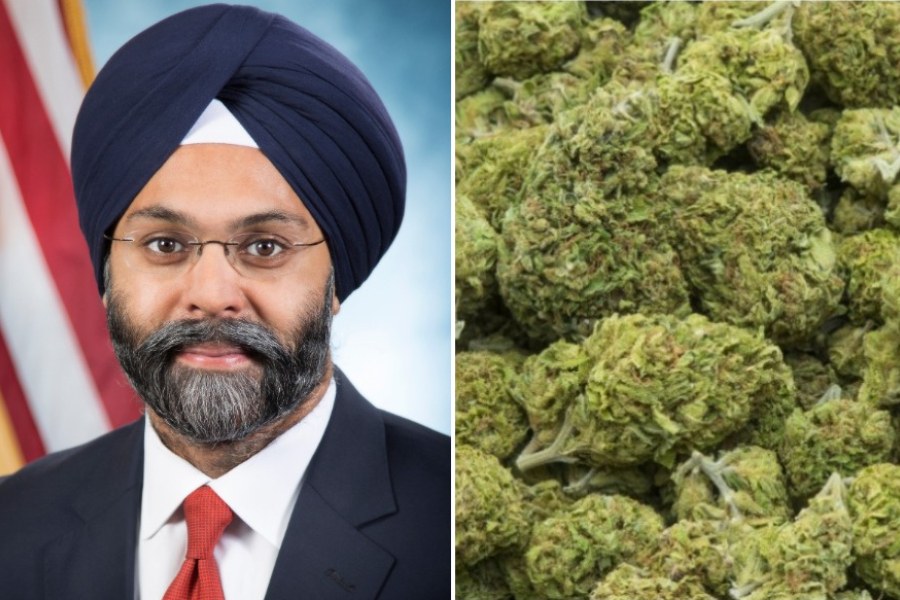 In a major win for marijuana advocates in New Jersey, state officials announced plans on Tuesday to pause all municipal prosecutions of weed offenses in the coming months while state lawmakers mull legalizing the recreational use of the drug.

Attorney General Gurbir S. Grewal said he will take time between now and September to study the use of prosecutorial discretion in marijuana arrests. Grewel asked all municipal court prosecutors to adjourn all marijuana cases, including cannabis possession, until then.

NJ.com reports that a bill that would legalize adult use of marijuana (which is sponsored by state Sen. Nick Scutari, a criminal prosecutor in Linden), is expected to reach the Senate for consideration by September, according to an unnamed state Senate source. If that bill were to pass, the prosecution of marijuana possession in New Jersey would end as we know it.

According to a recent analysis of FBI arrest data cited by NJ.com, New Jersey has the second-highest marijuana-related arrest rate in the country. Nearly 36,000 people were arrested on marijuana charges in New Jersey in 2016, and more than 32,000 of them were charged for possession of small amounts of marijuana.

Philly.com reports that Grewal will work with Jersey City’s chief municipal prosecutor Jacob V. Hudnut, who attempted earlier this month to establish a decriminalization policy in the state’s second-most-populous city.

Hudnut noted in his memorandum last week that New Jersey spends roughly $1 billion a decade to handle arrests for marijuana possession, which disproportionately affect people of color. Hudnut’s new marijuana decriminalization policy would have downgraded and even dismissed charges against many pot offenders in Jersey City — but unfortunately for him and marijuana advocates, it didn’t last long.

Grewal said last week that Hudnut had no legal authority to establish the policy or to “refuse to criminally prosecute all marijuana-related offenses in the municipal courts of Jersey City.”

“Accordingly, I am instructing you that your memorandum is void and has no effect,” Grewal wrote in a letter to Hudnut.

Now, Grewel and Hudnut plan to work together to study marijuana arrests in New Jersey the coming months.

In the meantime, despite the newly announced adjournment, police in New Jersey can continue making marijuana-related arrests, a spokeswoman for the attorney general’s office told NJ.com.