Toomey Is Pushing Back Against Trump — on Trade, at Least
Subscribe
Follow
I'm a scraper
This search result is here to prevent scraping

Toomey Is Pushing Back Against Trump — on Trade, at Least

Efforts to quell the president’s authority when it comes to national security–related tariffs have apparently earned the Pennsylvania senator regular calls from the White House. 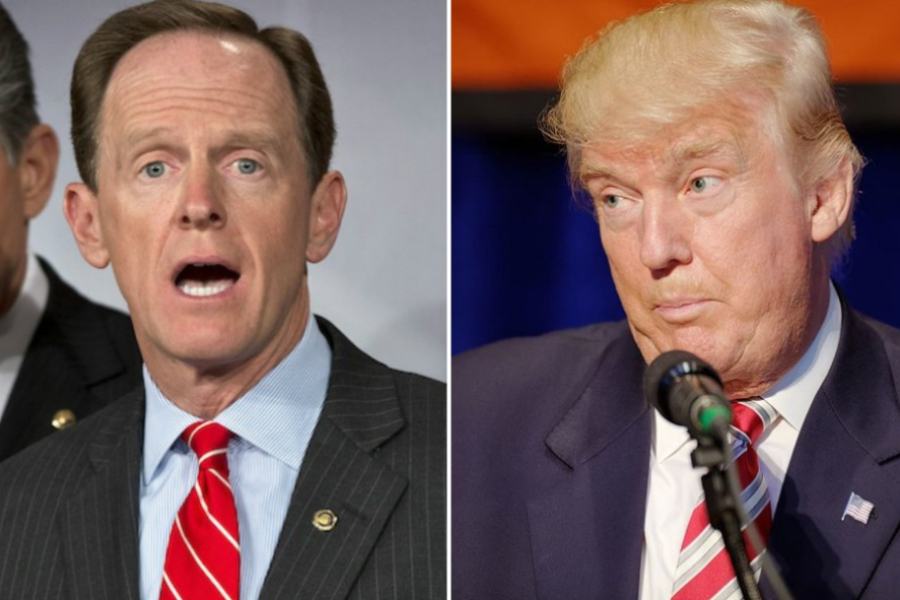 Pat Toomey is pushing back against Donald Trump.

You read that right: The conservative U.S. senator from Pennsylvania who’s rarely (if ever) quick to criticize the president has drawn a line over the Trump administration’s increasingly contentious trade policy.

Politico reported this week that Toomey is a key leader in the Republican party’s backlash against Trump’s recent decision to use the national security argument to impose tariffs on steel and aluminum imports from the Europe Union, Canada and Mexico — as well as his threat to place a 20 percent tariff on all European cars.

Toomey has co-written an amendment with Tennessee Sen. Bob Corker that would require Congress to approve national security–related tariffs. The duo reportedly aims to add the amendment to the Senate’s version of the latest farm bill.

More than 270 business and agriculture groups today sent a letter urging my colleagues to support legislation I authored with @SenToomey to require congressional approval of national security-designated tariffs. See the full list and read the letter here: https://t.co/YIiIvUUmSa. pic.twitter.com/1ycDWxD72Z

Trump and several Republican lawmakers oppose Corker and Toomey’s amendment, which could potentially doom the farm bill if adopted. Toomey’s pushback against the Trump administration’s trade policy in general has reportedly solicited regular phone calls and White House invitations from the president, according to Politico.

It’s not clear whether the amendment will have any luck getting through the Senate — Republicans blocked a similar proposal earlier this month. Senate Majority Leader Mitch McConnell expressed doubt regarding the amendment to Politico but told Roll Call he was not against holding a vote on the measure.

Those who agree with Toomey say the president’s recently imposed tariffs could ignite a trade war and harm the U.S. economy. In a series of tweets, Toomey said the tariffs “hurt American workers, employers, and consumers.” The European Union, Mexico and Canada have all expressed concern over the trade restrictions; the European Union announced last week that they will impose tariffs on American products in response.

If this devolves into a full-blown trade war, the resulting harm will undo all of the great economic progress we’ve made with deregulation and tax reform.

For an explainer on the recently imposed tariffs, check out this piece from BBC.