The Best Thing That Happened This Week: The Cersei-ing of Mike Pence 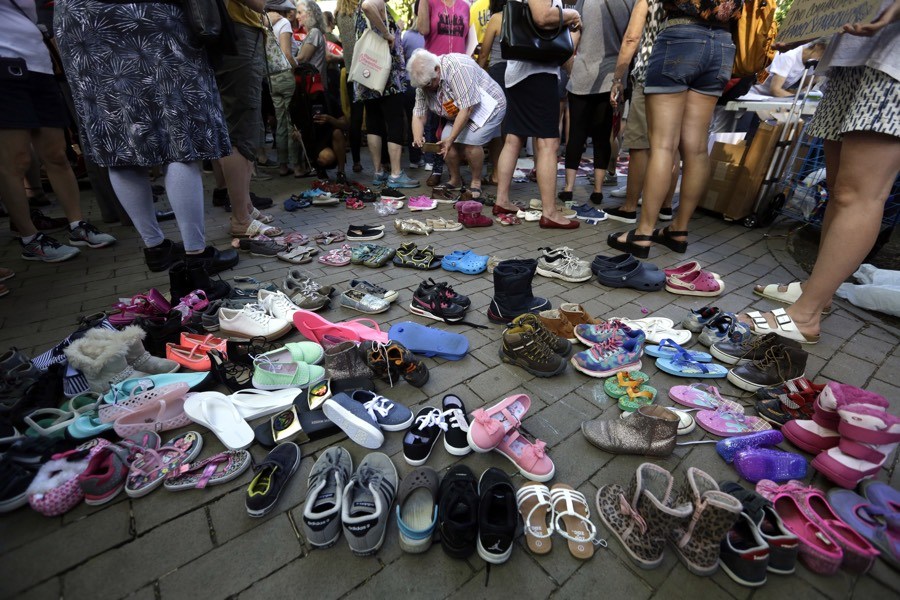 Children’s shoes are used in a protest in Rittenhouse Square near a hotel hosting a meeting with Vice President Mike Pence, (AP Photo/Jacqueline Larma)

Modern life is awfully confusing. Are we living in the middle of a terrible TV show? Is this thing scripted? Performance art? Who’s running the show? Every once in a while, though, clarity cuts right on through. That’s what happened Tuesday, when Vice President Mike Pence came to town to stump for GOP gubernatorial (one of our favorite words) candidate and all-around greed beast Scott Wagner, who’s also been endorsed by decomposing Trump slimeball Steve Bannon (Wagner once compared trade unions to Hitler) and who once bought 20,000 Trump-for-President lawn signs. But we digress. As Pence arrived for the fund-raiser at the Rittenhouse Hotel, he was greeted by thousands of citizens gathered in Rittenhouse Square to protest Trump’s appallingly inhumane policy of separating babies and children from their asylum-seeking parents. (Pope Francis, among others, spoke out against it.) In what was a nifty crossover episode between reality and TV, the protesters reenacted the Game of Thrones sequence in which a disgraced Cersei is paraded naked through the streets of Kings Landing in a Walk of Atonement as Septa Unella cries, “Shame! Shame! Shame!” Well played, Philadelphia. Now, how about some atonement, Mike?