Oh, wait. Come to think of it, actually, it probably does. Creator John Jarboe, whose show opens at the Wilma tonight, tells us why. 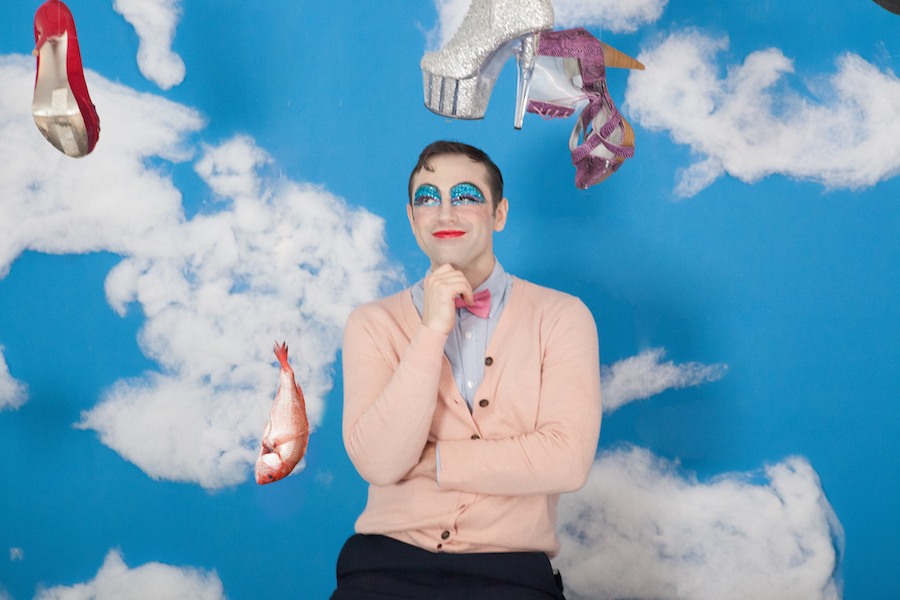 The new Mr. Rogers documentary is currently getting rave reviews over at the Ritz East in Old City. Meanwhile, a very different kind of Mr. Rogers show — featuring a drag queen version of Mr. Rogers — opens at the Wilma Theater on Wednesday night. That drag queen, otherwise known as Philadelphia actor, Pew Fellow, and Bearded Ladies Cabaret Company founder John Jarboe, tells us why You Can Never Go Down the Drain is the right show for right now.

OK, so the marketing materials for your Mr. Rogers musical describe it as “a musical healing ritual for adults.” What the heck do you mean by that?
This is an hour-and-a-half cabaret inspired by Mr. Rogers and his music, all of it redesigned to speak to adults in 2018. So there’s booze and there’s drag and there’s Mr. Rogers in drag. I’m singing songs and hosting this kind of ritual, which is about what we need right now in 2018. What would Mr. Rogers say right now about what’s going on in the world? The show is really about irony and earnestness as political and survivor tactics.

Every audience member gets a bell, and whenever I become jaded or cynical or ironic, an audience member is supposed to ring a bell, and I have to become earnest again. There are really earnest problems going on in the world — really sincere problems — but also, as we’re reading newspapers and seeing all this news, we keep feeling all of these feelings. How do we get from day to day with those feelings? That’s what this show is about.

So you play Mr. Rogers?
I’m in a sort of queer Mr. Rogers drag. I’m not playing him, but I am playing a drag version of Mr. Rogers. 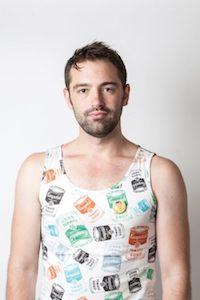 John Jarboe out of costume. (Photo by Claudia Gavin)

You’re 32 years old. I feel like you are too young to have grown up with Mr. Rogers.
I did grow up with him, actually. He went from the late 1960s to the early 2000s. He was on the air for a very, very long time. I think the seeds of Mr. Rogers were planted for me when I was younger, and as I got older and started singing more, I found myself singing Mr. Rogers songs. Especially post-election. And I’m actually connecting more to these songs as an adult than I did when I was a child. And once you go back as an adult, you realize how deeply sophisticated Fred Rogers’ music and work is. Every word is chosen. Nothing is spontaneous or casual. It is all methodical. It’s like a science.

I have to admit: I haven’t thought about Mr. Rogers in a very, very long time, and the only song I can think of off the top of my head is his theme song.
There are, I think, hundreds of songs. Mr. Rogers wrote all of his own music and lyrics. He studied composition, and he had a jazz trio led by Johnny Costa, a very famous jazz pianist. They played live every show. His lyrics are so simple, but the music has this very complicated and rich jazz foundation. Mr. Rogers is, essentially, a perfect cabaret performer. There’s musical complexity, but the whole point is the words, the lyrics, communicating the message. This is true about very good cabaret performers. They make you hear the text.

Where did you come up with the idea for this show?
After the election, I was performing at this party in New York called Pussy Faggot, and a bunch of these New York performers were making fun of midwesterners. I am a midwesterner. I thought, This is not what we need right now. The last thing we needed to do after electing a fascist is to distance ourselves from our feelings and make it funny. It’s not funny. And it’s not OK. So I was trying to figure out what to sing and what to do as a performer to make space for people to heal or feel their feelings.

So, to be clear, you’re performing Mr. Rogers songs, or you’re doing parodies of them?
Let’s just say that we are using and abusing songs from the Mr. Rogers canon.

A lot of people love Mr. Rogers, and some of them might see advertisements about your show and think you are making a mockery of him.
I love making fun of people that are beloved and being irreverent, but I’m not in this case. The show is not about Mr. Rogers at all, actually. It’s about using his values in 2018. If you wanna see something about Mr. Rogers, go see the excellent documentary. If you want to see how to get from day to day with a Mr. Rogers veneer, then come see this live experience.

Can I bring my kids?
It’s a show for adults. There is swearing and references to sexuality and sex. I had a couple of 15-year-olds and an 11-year-old come to a preview last night, and they were fine. It’s up to the parents. I’m not going to adjust the material for kids.

A couple of weeks ago, I wrote about some parents being upset that drag queens were reading books to kids at the Please Touch Museum. Have you heard any similar concerns about you taking a children’s TV character and adding booze, drag, cursing, and sex?
No. People may express concerns, but these are the people who will probably not come to see it. If you come to see it and then you have questions or concerns, I would be more than happy to talk to you then. I have read books to kids as a drag queen, and I only wish that I had access to that when I was a kid. I would have been a lot more empowered a lot earlier.

You Can Never Go Down the Drain runs from June 20th through July 1st at the Wilma. For tickets, go here.