By going public, Rendell hopes to inspire people who think they might have symptoms of the disease to see a doctor. 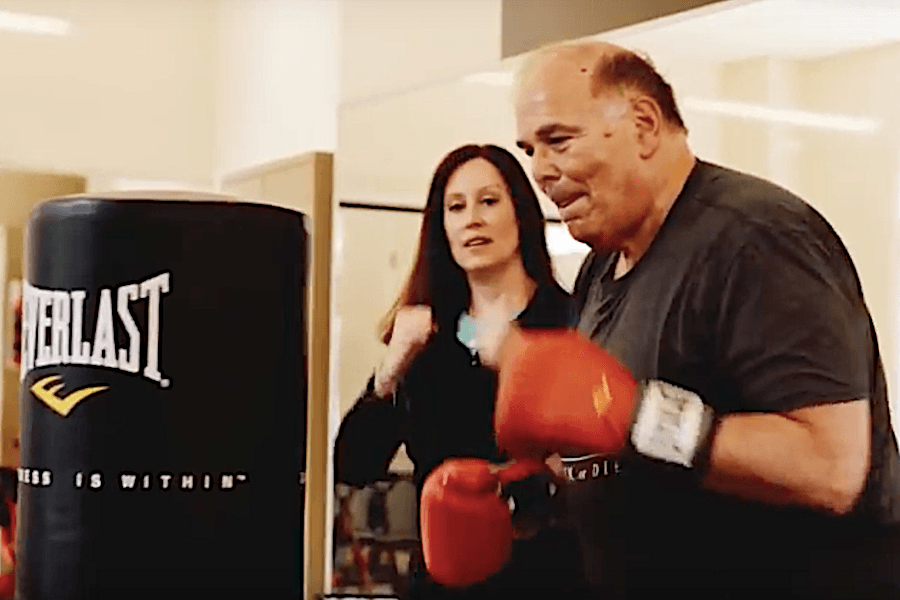 Ed Rendell working out as part of his physical therapy to treat his Parkinson’s disease. (Image via YouTube)

On Monday, former Pennsylvania governor Ed Rendell announced that he has been undergoing treatment for early onset Parkinson’s disease for the past three-and-a-half years.

At a news conference at Pennsylvania Hospital, he told the press that after noticing a hand tremor — a common symptom of the disease — he was urged to see Matthew Stern, director emeritus of the Parkinson’s Disease and Movement Disorders Center at Penn.

When he was officially diagnosed, he said he was “stunned” and “a little scared,” as he had watched his mother battle with the disease for the last thirteen years of her life.

Rendell has since been receiving comprehensive care for the disease, a progressive disorder of the central nervous system that primarily affects movement. Physical therapy and exercise supplement his medical treatment, with Rendell working out six days a week.

Since beginning treatment, Rendell said his disease has been stabilized, and that “some of the symptoms…were better now than they were three-and-a-half years ago.”

“We are making great strides in our understanding of Parkinson’s disease,” said Stern at the Monday announcement. “With the right combination of medication and ancillary services, people can remain stable for many years.”

Rendell hopes his revelation encourages people who think they might have symptoms of Parkinson’s to get diagnosed and seek treatment early. These symptoms might include poor balance, muscle stiffness and slowed or involuntary speech and movement, in addition to the tremors.

“Sometimes people think, ‘If I don’t go to the doctor and get diagnosed, I don’t have it!'” Rendell said. “Well, that’s not true…See a doctor, get diagnosed, begin treatment.”

While there is currently no cure for the disease, the 74-year-old said Parkinson’s is “not a death sentence. It doesn’t have to affect the quality of your life.”

Rendell insisted that he still enjoys and eats the same things, and is able to keep up with his busy schedule.

“Turns out I wasn’t indestructible, none of us are,” said Rendell. “But I could be helped, all of us can.”

“Ed should know that the entire commonwealth is standing behind him and hoping for the continued success of his treatment and therapy,” Pennsylvania governor Tom Wolf said in a statement. “As he always has, he is putting others first by going public with his diagnosis so others can also get the help they need. We are proud of everything Gov. Rendell did and does every day for Pennsylvania and Philadelphia. We look forward to continuing to work with him to build stronger and safer communities for a long time to come.”