You Can Now Ask Domino’s to Fill Philly’s Potholes

The company is fixing roads through its “Paving for Pizza” initiative, which is meant to ensure a smoother ride for your pizza delivery. We think Philly stands to benefit. 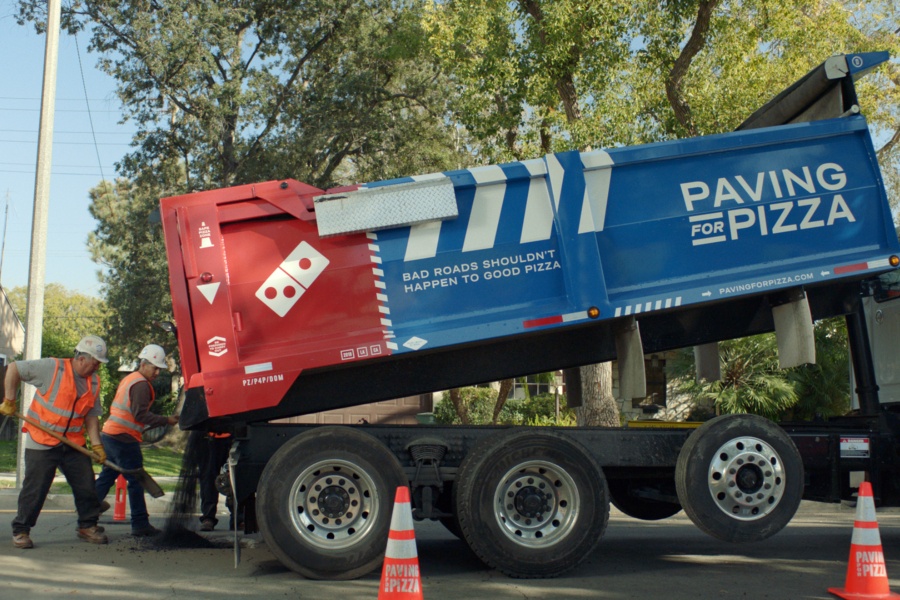 Philadelphia has a lot of potholes. Everyone in the city knows that.

But here’s something you might not know (yet): You can now ask Domino’s Pizza (yes, Domino’s) to fill the potholes on your street.

The company has launched its “Paving for Pizza” initiative to help cities repair their streets — and Philly could definitely use some help.

So how can we convince Domino’s to come here? All you have to do is go to pavingforpizza.com sometime in the next 12 weeks and nominate your ZIP code. Twelve weeks from now, the company will review the submissions and reach out to cities to see if they’re open to the project.

We can only assume officials would be down for some repaving (a city spokesperson said she was looking into the matter on Tuesday afternoon), so we’re hoping we’re one of 20 cities that win. Asked if Domino’s is considering Philly, a spokesperson said the company’s decision process would be “iterative” but wished us good luck.

What’s in it for the company? Well, a genius marketing ploy, of course — and apparently smoother rides for pizza deliveries.

“Have you ever hit a pothole and instantly cringed?” Russell Weiner, president of Domino’s USA, asked in a press release. “We know that feeling is heightened when you’re bringing home a carryout order from your local Domino’s store. We don’t want to lose any great-tasting pizza to a pothole, ruining a wonderful meal. Domino’s cares too much about its customers and pizza to let that happen.”

The pizza chain has already started paving roads in Bartonville, Texas; Milford, Del.; Athens, Ga.; and Burbank, Calif. The city manager of Milford said that residents “appreciated the extra paving for pizza funds to stretch our street repair budget as we addressed more potholes than usual,” according to the Paving for Pizza website.

It appears as though Domino’s is also branding the potholes they fix … because capitalism.

Anyway, if you want that pothole on your street fixed (and a smoother ride for your ‘za), consider nominating Philly.

WATCH: Domino's says it will fix your neighborhood's potholes as part of its new "Paving for Pizza" program. https://t.co/zprGG5nNAu pic.twitter.com/DdiR8aoNo7