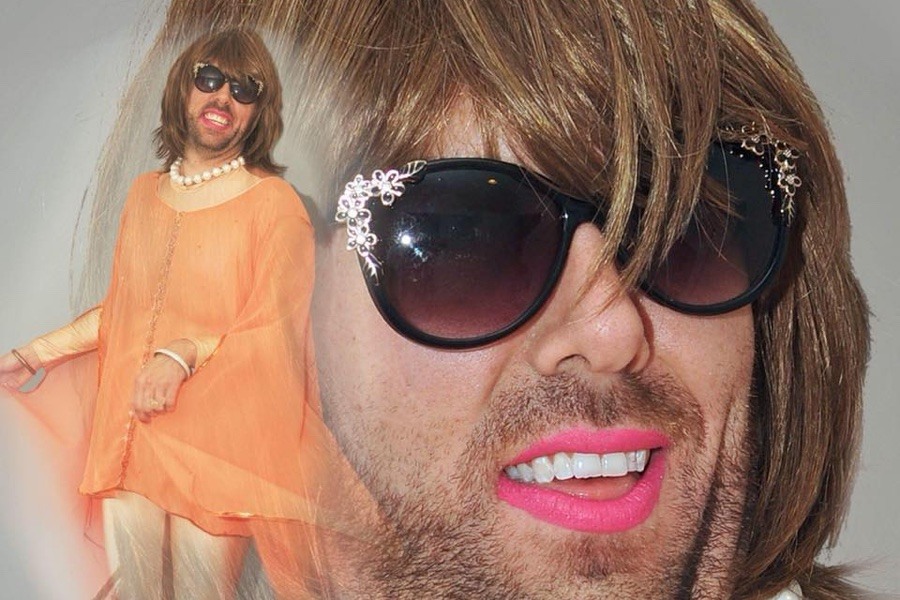 Popular local drag queen Aunt Mary Pat DiSabatino was asked not to perform during a fundraiser at Win Win Coffee Bar on Wednesday night after a transgender employee at the venue expressed concerns about the character’s “transphobic” persona.

The employee, Lily Kulp, says she was “infuriated” once she became aware that DiSabatino — a queer cis-gender male whose real name is Troy David Hendrickson — was set to perform as part of an event benefitting Soroptimist International at the Spring Garden coffee shop’s monthly Queer + Feminist Karaoke showcase.

“I didn’t feel comfortable with a performer who mocks a life that I’m spending thousands of dollars for procedures on,” Kulp says. “Aunt Mary Pat DiSabatino has made a living as a cis-gender man mocking women like me who are terrorized for being trans.”

After she spoke of her discomfort to her manager, Kulp says, Henderickson was told that he could not perform, at which point a verbal confrontation ensued. “[Henderickson] was extremely rude when told by my manager that I was offended by his persona. He made it a point to say he wasn’t transphobic and kept saying that the situation was ridiculous.”

Another Win Win Coffee Bar employee, who asked not to be named, confirmed Kulp’s account and added that “[Henderickson] made it a point to stay and taunt staff.” (In a Facebook post on his personal page, Hendrickson said he left after singing one Fleetwood Mac song.)

Several fans came to his defense in the comments, arguing that “no ‘employee’ has that much pull unless they’re “the boss” and citing alleged homophobia with “I hope everyone will send this to news stations as well as all LGBTQA+ organization in the Philadelphia area. I don’t think they want LGBTQA+ people’s money. Fine by me! And people should know who they are supporting.”

In response to a request for comment, Hendrickson sent this statement to Philadelphia magazine:

The event was created as a safe space for the Queer and Feminist individuals to sing karaoke and raise funds for Soroptimist International to empower women. I was asked to volunteer my time and host the event. I’m upset that this did not happen. As a queer performer and artist, I strive to promote acceptance, visibility and inclusivity to all, in and out of character. I did not feel safe or accepted in this safe queer space. They management assumed a lot about me and made a rash decision. This event had been booked for months, and they were well aware that I would be there.

It’s unfortunate and upsetting. I will continue to perform and share my message of love and acceptance! Hopefully, especially during Pride, our community can come together, and face our issues together instead of pointing fingers at each other with no merit.

Since Win Win opened in 2015, we have sought to create an open and welcoming venue for all individuals. However, it also is our prerogative to ensure our employees and patrons feel respected, heard and safe. We will continue to open our arms to a diverse population of Philadelphians wishing to eat pizza, drink drinks, and sing their hearts out.

Henderickson, whose drag persona is self-described as an “aunt to all, mom to some and wife to one,” is popular in Philly and the Delco area. He is currently on a summer comedy tour that stops at Kung Fu Necktie on Thursday night.

Soroptimist International of Rittenhouse Square sincerely regrets the events that went down. Our goal was to raise money for our Live Your Dream Awards, which help women get the education and skills training they need to improve their economic standing. It’s unfortunate that an event meant to celebrate philanthropy and shine a light on the struggles facing women and girls in our communities went so wrong. We don’t for a second believe it was anyone’s intent to offend, and sincerely hope this situation provides an opportunity to create a productive dialogue about issues facing the LGBTQ community.