Pennsylvania and New Jersey Are the Worst States for Lyme Disease

Almost 38 percent of all Lyme disease cases in the U.S. in 2016 occurred in Pennsylvania. Here's what you can do to prevent exposure. 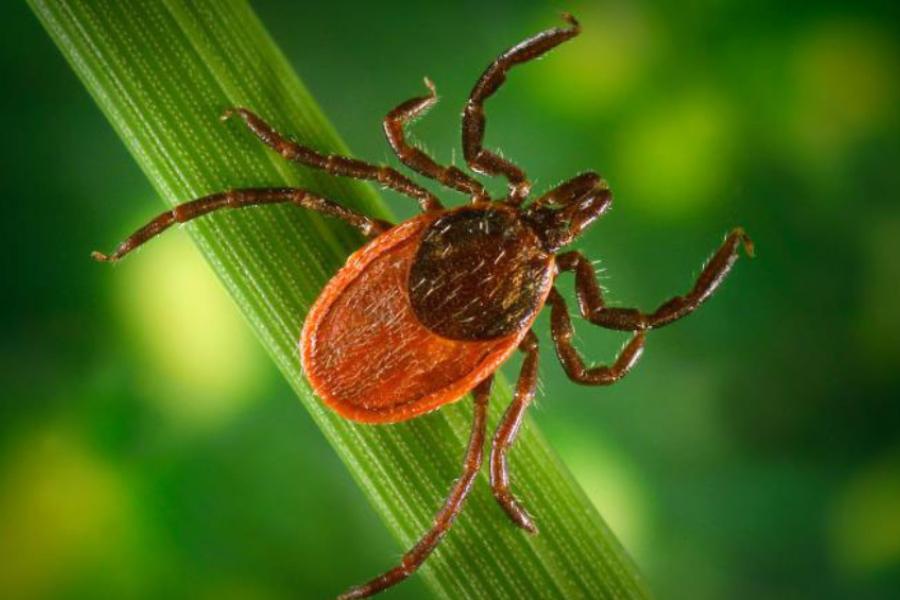 Image via the CDC

You might want to make sure you’re checking for ticks this summer.

Recently released data from the Centers for Disease Control and Prevention found that Pennsylvania and New Jersey typically experience the most Lyme disease cases in the U.S. The disease, which is spread by deer ticks, is especially rampant in Pennsylvania, where more than 12,000 cases were reported in 2016 (the most recent data available). That’s more than triple the cases found in New Jersey that year — 3,850.

In fact, almost 38 percent of all Lyme disease cases in the U.S. (there were nearly 32,000 in 2016) occurred in Pennsylvania. The state is the “bull’s eye for Lyme disease,” Harold Cohick, President of the Chambersburg Lyme Alliance, told Public Opinion Online. Cases in the Pennsylvania increased by more than 20 percent between 2015 and 2016, according to recent data, and deer ticks have spread to each of the state’s 67 counties.

Why is Lyme disease so prevalent across the Mid-Atlantic? It’s likely a combination of factors, one of them being climate. Less suspecting causes might include the region’s deer mice population and acorn prevalence. As Public Opinion Online reported, deer mice are reservoirs for the disease, which deer ticks then transfer to humans. Mice feast on acorns — so areas with lots of acorns tend to experience higher rodent populations, increasing the number of hosts that carry the ticks.

So what should you do if you see a tick on you, and how do you know if you have Lyme disease? Symptoms can be hard to pinpoint, but they usually include fever, fatigue, headache, muscle aches, joint pain, a rash (which doesn’t always have a bull’s-eye appearance), and other indicators that can sometimes be mistaken for viral infections like the flu or mono.

DYK? Not all #LymeDisease rashes have this bull’s-eye appearance ⬇️
There are several types of #Lyme rashes (and also many look-alikes). Learn what to look for if you get a tick bite → https://t.co/i076fl3HJP pic.twitter.com/dmlgDTWijd

The Pa. Department of Health offers helpful tips on how to remove ticks.

It's important to check your body for ticks each time you're outside and remove any ticks immediately. Not sure how to remove a tick? Grab fine-tipped tweezers and follow these directions from @CDCgov → https://t.co/2RxlL6x2YQ pic.twitter.com/CNr0Ohhvfk

Be sure to remove ticks safely and as soon as you spot them. Lyme disease can be treated with antibiotics, but if left untreated, it can spread to the joints, heart and nervous system, resulting in late-stage complications like arthritis, impaired motor and sensory skills and an enlarged heart.

To avoid ticks and Lyme disease, stay away from areas dense with grass and shrubbery — but if you can’t, wear repellents and protective clothing. Check for ticks as often as you can.