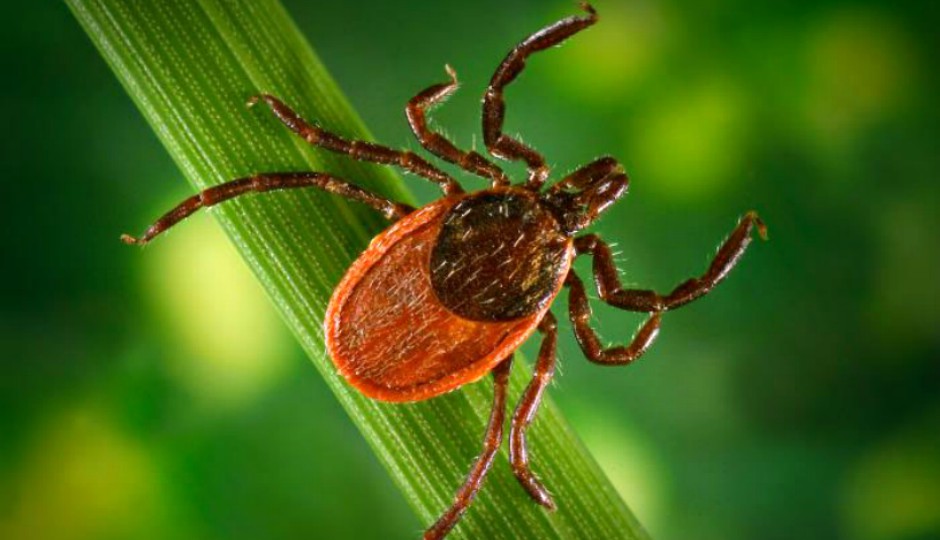 Photo courtesy of the Centers for Disease Control and Prevention

Have you been checking for ticks this summer?

The rate of Lyme disease has soared in Pennsylvania, according to the state Department of Health.

Pennsylvania leads the nation in confirmed cases of Lyme disease, according to the DOH. Deer ticks have spread to each of the state’s 67 counties.

There's not a single area in our state that isn’t touched by Lyme. In 2016, 11,443 new reported cases of Lyme disease in Pa – @PhysGenLevine

Lyme disease is transmitted through the bite of an infected blacklegged tick (also known as a deer tick). Symptoms, which can be hard to pinpoint, include fever, fatigue, headache, muscle aches, joint pain, a bull’s eye rash, and other indicators that can sometimes be mistaken for viral infections like the flu or mono.

The disease can be treated with antibiotics if detected early, but if left untreated, it can spread to the joints, heart and nervous system, resulting in late-stage complications like arthritis, impaired motor and sensory skills and an enlarged heart.

If you have any questions about Lyme disease, West Nile virus or Zika virus, we urge you to call 1-877-PA-HEALTH
– @PhysGenLevine pic.twitter.com/Smn73q2LGC

To avoid contracting Lyme disease, stay away from areas dense with shrubbery or tall grass, which are often tick-infested habitats. Wear repellents and protective clothing, and be sure to check for and remove any ticks.

If you’re bitten, monitor the area for the next month and contact a doctor if symptoms develop.