Will the Soda Tax Be Jim Kenney’s Waterloo?

There’s an awful lot riding on the challenge to the levy currently before the state’s Supreme Court, including, perhaps, the mayor’s legacy. 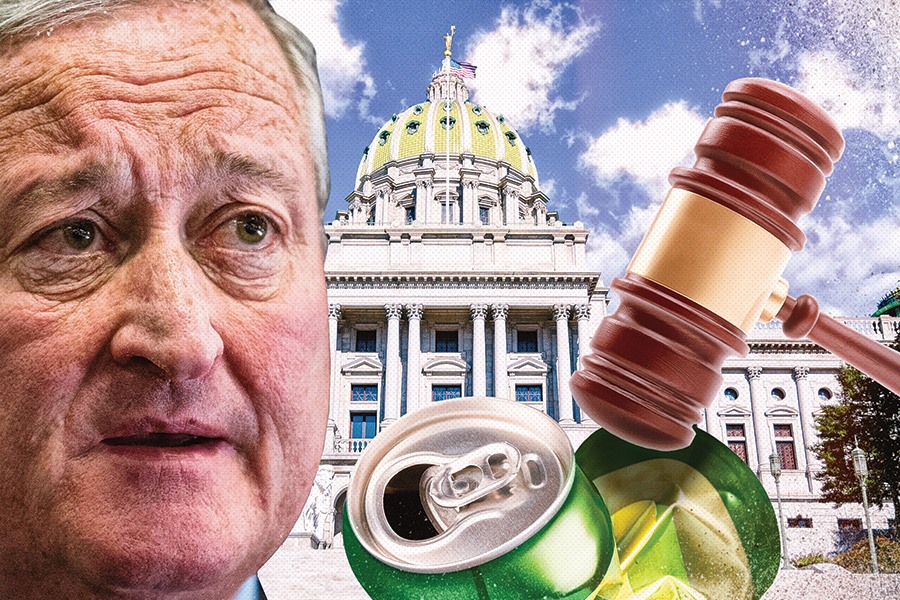 Illustration by Gluekit; gavel, can and capitol building courtesy of iStockphoto; Kenney courtesy of City of Philadelphia.

Two years ago, when Philadelphia passed its sweetened beverage tax, it was hailed as a game-changing triumph that sent shock waves across the country and gave public-health policy geeks a sugar rush. By tethering his plan to two no-brainer issues — pre-K and rec centers — Philly’s then-new mayor, Jim Kenney, achieved what his predecessor had tried twice to accomplish. The maneuver had us ruminating on how a hangdog career public servant had struck a blow for experienced politicians — just as experienced politicians were getting crushed at the polls.

Fast-forward two years, and … the soda tax debate is still raging, thanks to a tenacious, unrelenting challenge by the beverage industry. If Kenney’s deft marshaling of political will was a master class in getting shit done big-city-politics-style, the industry’s all-fronts strategy has emerged as the opposition playbook.

The state Supreme Court was set to hear oral arguments in May on a beverage industry challenge to the tax that’s now been appealed from lower courts twice. Meanwhile, efforts in Harrisburg to make the court’s eventual decision moot are in high gear: The House is aggressively pursuing legislation to preempt the city.

Policy experts love the tax. Wharton business econ and public policy prof Robert Inman calls Kenney’s move “an absolute win-win,” praising the long-term benefits of pre-K on future earning potential as well as the longer-term health benefits of decreased sugar consumption. But politics aren’t played in the long term, and grocery-industry folks claim that shoppers who head to the suburbs for cheaper soda take their entire grocery orders with them, threatening the viability of stores in the city’s most underserved areas.

Legislation to preempt the tax has a complicated route to passage. If both houses can agree on a bill, Governor Wolf, who has said he supports early childhood education and opposes preemption laws, would likely veto it. But with budget negotiations looming, there’s no telling what sort of Faustian bargains might be struck. 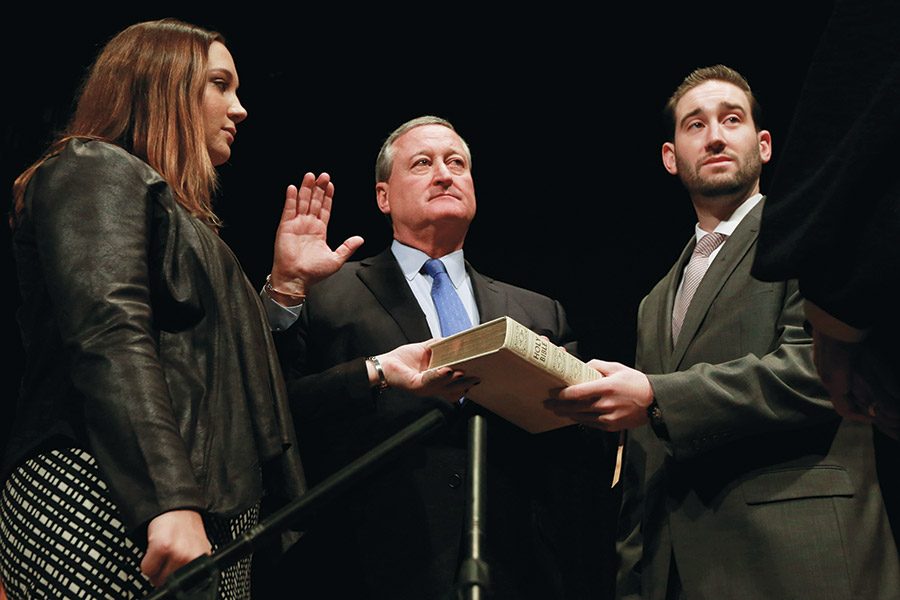 Judicially, though two lower courts have upheld the tax, there’s reason to believe the state’s highest court could see things differently. Ron Castille, former chief justice of the state’s Supreme Court, notes that “the city can’t tax something the state taxes” without the state’s approval. Since the city framed the tax as levied on distributors rather than consumers, “They’re trying to sneak around it in a lawyerly way,” says Castille, a Republican. “They have gone about it in a way that I think the Supreme Court will find to be unconstitutional.”

If things go badly for the tax, there’s chatter in Philly’s political circles that Kenney will emerge operationally hamstrung — much of his ambitious first-year agenda was tied to soda tax revenue — and possibly politically vulnerable. Would he be wounded enough to lose the African-American vote that was so crucial to his 2015 victory? The attack ads write themselves: “Didn’t deliver on pre-K and community schools, flip-flopped on stop-and-frisk. … ”

No matter what happens, the industry has kept the issue top-of-mind at a time when Council members may be asked by the Mayor to approve a property tax hike to fund schools while their constituents are still grumbling about their new property assessments.

There are even rumblings of a primary challenge. It’s hard to imagine any of the usual suspects in city government who are whispered to have mayoral ambitions — Derek Green, Maria Quiñones-Sánchez, Cherelle Parker — resigning safe seats to run against an incumbent. But what about State Senator Tony Williams, a soda tax opponent whom Kenney beat in 2015? State Rep Curtis Thomas mentioned him without much prompting. Or former controller Alan Butkovitz, whose mayoral ambitions are an open secret? Pastor Kevin Johnson’s upstart 3rd District bid against Dwight Evans may have fallen short, but he’s got a shiny new political operation he could put to good use.

Depending on how things play out, we could be witnessing what was once unthinkable: a 2019 mayor’s race.

Published as “Down the Drain?” in the June 2018 issue of Philadelphia magazine.