Standing for the anthem is now mandatory if players elect to take the field for the pre-game ceremony. 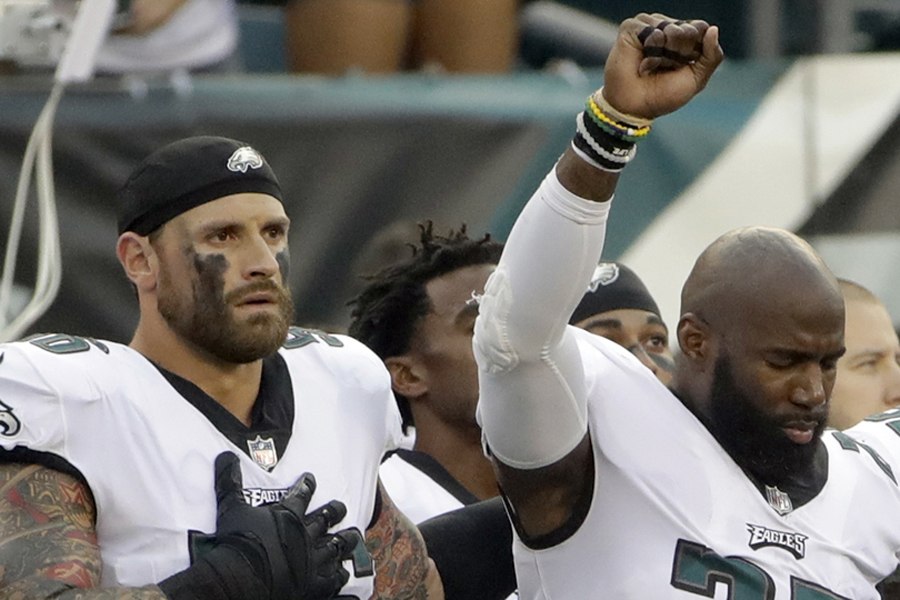 Caving to public pressure, the NFL has instituted a new policy that makes standing for the National Anthem mandatory during pregame ceremonies, commissioner Roger Goodell announced on Wednesday.

“It was unfortunate that on-field protests created a false perception among many that thousands of NFL players were unpatriotic. This is not and was never the case,” Goodell said in a statement. “This season, all league and team personnel shall stand and show respect for the flag and the anthem. Personnel who choose not to stand for the anthem may stay in the locker room until after the anthem has been performed.”

In the simplest of terms, this new measure forces anybody who had previously wished to join the social justice protest sparked by former San Francisco 49ers quarterback Colin Kaepernick to stay indoors or risk being fined. Individual teams can decide whether they wish to implement the fine for violations; if not, the league itself will collect.

Predictably, this decision from NFL owners has ruffled the feathers of a few outspoken Eagles – and even Jeffrey Lurie himself. Safety Malcolm Jenkins released the following statement on social media:

Offensive lineman Lane Johnson predicts that players will not go away quietly after having their platform diminished.

Here is what eagles RT Lane Johnson texted me about the leagues new anthem policy "Ultimately it is taking the players voice away…I think there will be some backlash from their decision."

While it remains unclear which way Lurie voted on the new policy, he released the following statement about continuing this important dialogue borne out of Kaepernick’s kneeling:

“I have always believed it is the responsibility of sports teams to be very proactive in our communities. In this great country of ours, there are so many people who are hurting and marginalized, which is why I am proud of our players for continuously working to influence positive change. Their words and actions have demonstrated not only that they have a great deal of respect for our country, but also that they are committed to finding productive ways to fight social injustice, poverty and other societal issues that are important to all of us. We must continue to work together in creative and dynamic ways to make our communities stronger and better with equal opportunities for all.”

Not everybody was upset by the NFL’s move, however.

I can’t believe I’m saying this but the NFL owners got it right. NFL owners made a business decision. Anthem protests were turning off the fans, so the owners stopped them. Can we get back to football now?