“I think it’s just a cool way to receive the honor nationally and be recognized,” the apolitical QB said before practice on Tuesday. 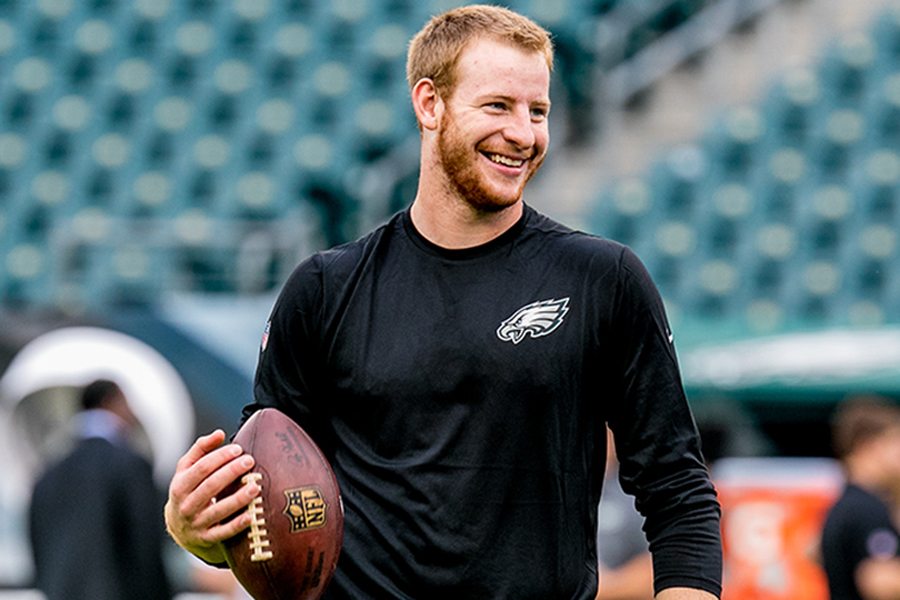 Although the honorary White House visit of the Super Bowl champions will be short a few big names this year – Malcolm Jenkins, Chris Long, and Brandon Graham all will skip – the face of the franchise has confirmed that he will attend the Eagles’ scheduled meeting with President Trump on June 5th.

“Obviously, it’s been kind of leaked out there that we will be going,” quarterback Carson Wentz explained to reporters before practice on Tuesday. “The details aren’t fully available yet, so we’re not sure. I know for me personally, if the team decides as a whole, most guys want to go or be a part of it, I will be attending with them.”

Wentz went on to add that he thinks the custom initiated by President Reagan is “just a cool way to receive the honor nationally and be recognized.” Athletes have snubbed the Commander in Chief for various reasons dating as far back as 1984, when the reclusive Boston Celtics legend Larry Bird famously said, “If the president wants to see me, he knows where to find me.” It would seem, however, that the apolitical Birds signal caller never considered declining the invite.

“I don’t personally view it – I know some people do, everyone has their own opinion on it – I don’t view it as a political thing whatsoever,” Wentz said. “I don’t really mess with politics very often, but I think I will be involved in going to that [visit]. Again, the rest of the details will come out soon.”

As for the Philly faithful’s response to Carson’s comments, predictably a mixed bag of condemnation and support:

It is only political if people want it to be. The honor is going to the White House and getting honored by the President. If you have an issue with the President, ask for a few moments while you are there. Looking like a petulant child only makes you look small.

Wentz said he doesn’t see going to the White House as a political thing.

@cj_wentz thank you for being a reasonable and rational person. Only people that refuse to come together, never want things to get better. The country admires your acceptance to the white house

Wentz is going to the White House visit? #notmyqb

@cj_wentz the white house visit is political whether you like it or not. Attend and it makes the statement that you stand with the Trump regime's cruelty, racism and xenophobia. You're a public figure and role model. Pay attention!

Any other administration, any other time. The current White House is under investigation for, among many things, colluding with a foreign power. I will lose respect for @cj_wentz if he goes. I'm a life long Eagles fan. My dad played for the team in the 60s.

Several folks have asked me how I feel about the Foles/Wentz dynamic.

One won the Super Bowl and the other thinks it'd be "cool" to visit Trump's White House.

I acknowledge the one that actually won the mother fucker, now.

Most of the team will be going to the White House. What an honor! Carson said it best when he took politics out of the visit. Too bad the three not going are small minded.

Nice comment on the White House visit. I think you’re right it’s not a political thing but an opportunity for you guys to get honor and maybe have a conversation with the president about the issues.