A recent analysis from Detox.net found that an alarming number of Pennsylvania physicians have allegedly over-prescribed or illegally prescribed opioids since 2003. 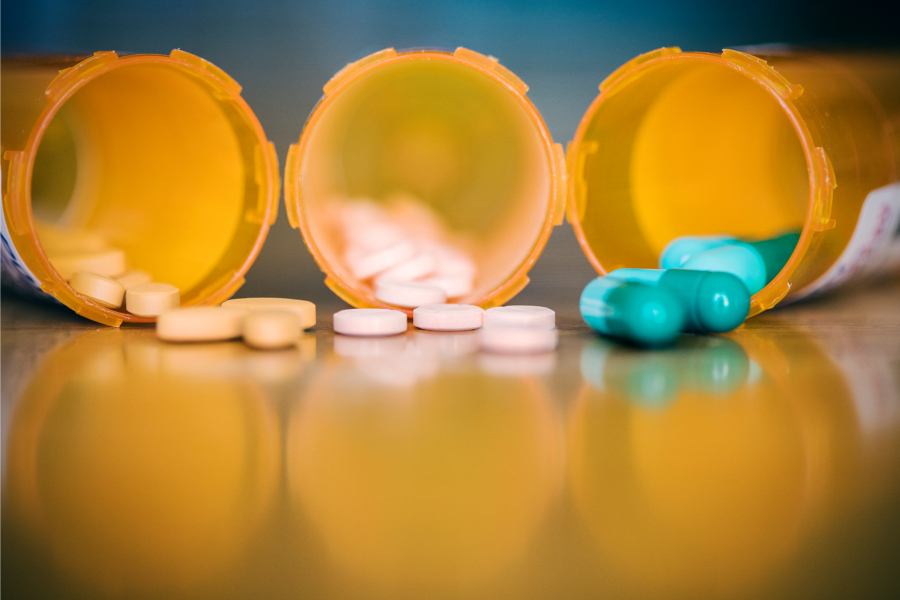 Opioid-related deaths in Pennsylvania are outpacing the national average, according to the U.S. Centers for Disease Control and Prevention. Between 2015 and 2016, the state saw a 39 percent jump in opioid-related overdose deaths — from 3,505 in 2015 to 4,884 in 2016. State officials predicted that deaths will climb to over 5,000 when final figures are tallied for 2016.

A report from Detox.net, a property of American Addiction Centers’s Sober Media Group, sheds some light on the role of physicians in the state’s overdose crisis. According to the organization, Pennsylvania ranks second among states with the highest average number of physician arrests tied to opioid cases — including physicians who both over-prescribe and illegally prescribe opioids. 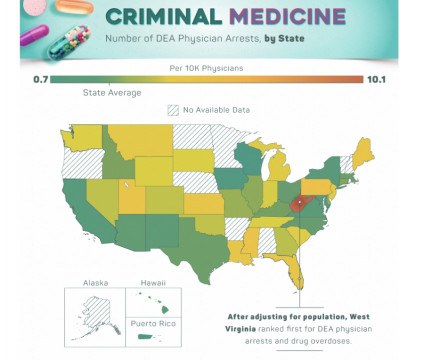 Researchers behind the Detox.net report, titled “Dirty Doctors,” analyzed data from 264 cases listed in the Drug Enforcement Administration’s ongoing Cases Against Doctors report, which details the arrest and prosecution of physicians across the country dating back to 2003, as well as from the CDC. They found that for every 10,000 physicians employed in Pennsylvania, roughly 5 were arrested for opioid-related cases.

The issue isn’t exactly new: Pennsylvania has increased its crackdown on overprescribing by implementing pharmaceutical guidelines in 2017. Here in Philadelphia, where officials recorded 1,217 overdose deaths in 2017, officials sued several opioid manufacturers in January over their apparent role in the epidemic, seeking to stop the companies’ alleged “deceptive marketing practices” and force them to pay for costs incurred in response to the epidemic. The city joined more than 200 others around the country that have filed similar lawsuits. 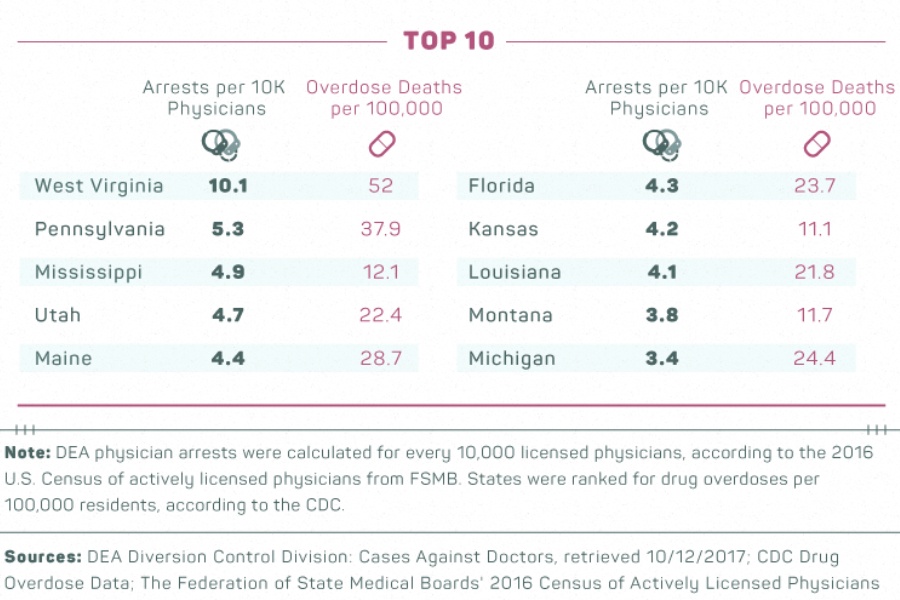 The DEA report referenced in the Detox.net analysis includes cases like that of Laurence T. McKinney, who was convicted in a 2010 jury trial of illegally prescribing painkillers and sedatives from his officers in Mayfair. McKinney served five years in jail.

Nationwide, the Detox.net report found that 72 percent of all substances identified in physician arrests since 2003 were opioids.

Of the 42,000 Americans who died from opioid overdoses in 2016, roughly 40 percent of deaths were attributed to prescriptions, according to the CDC.