VIDEO: Did This Driver Intentionally Hit a Cyclist in Philly?

Philadelphia police are investigating a clip that surfaced on Twitter late last week — but some are saying it’s a fake. 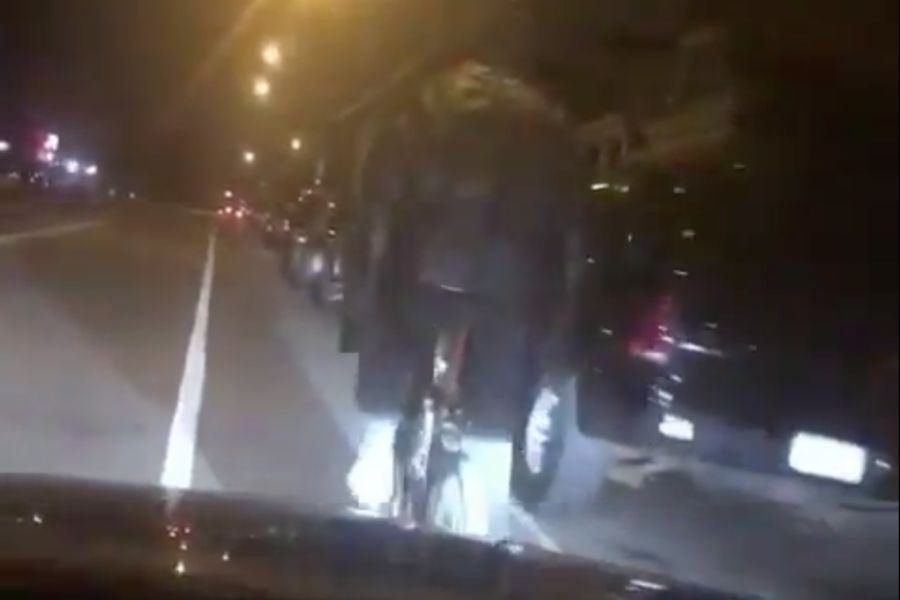 The Philadelphia Police Department is investigating a video that surfaced late last week on social media of a driver appearing to intentionally hit a cyclist.

The video was posted by a Twitter user with the handle @BenjifromPhilly on May 10th. It’s been retweeted more than 4,000 times. More than 230 people have replied to the clip, with some speculating that it’s a stunt or otherwise fake.

Police say no hit-and-run has been reported in connection with the alleged incident, according to PlanPhilly. The PPD has yet to release any details about the investigation.

It’s not clear where, exactly, the video was filmed, though some have pointed out that it resembles the 5200 block of Florence Avenue in Southwest Philadelphia. PlanPhilly reports that the Twitter user who posted the video said he was “not willing to talk” and that “The video is not in Philadelphia. My twitter handle and the video come from 2 different places. The video found online and I reposted it.”

In a tweet to the same reporter, the Twitter user who posted the video also said “Looking into investigation, how you know if the video was in Philly or not, you assuming & no I don’t wanna talk on your talk show.”

Several people on social media have tagged the PPD in replies to the video. Police are asking anyone with information to submit a tip online.