Rashon Nelson and Donte Robinson did a gracious thing by allowing the city to benefit students in lieu of being sued. But the city must not make the mistake of thinking it’s off the hook. 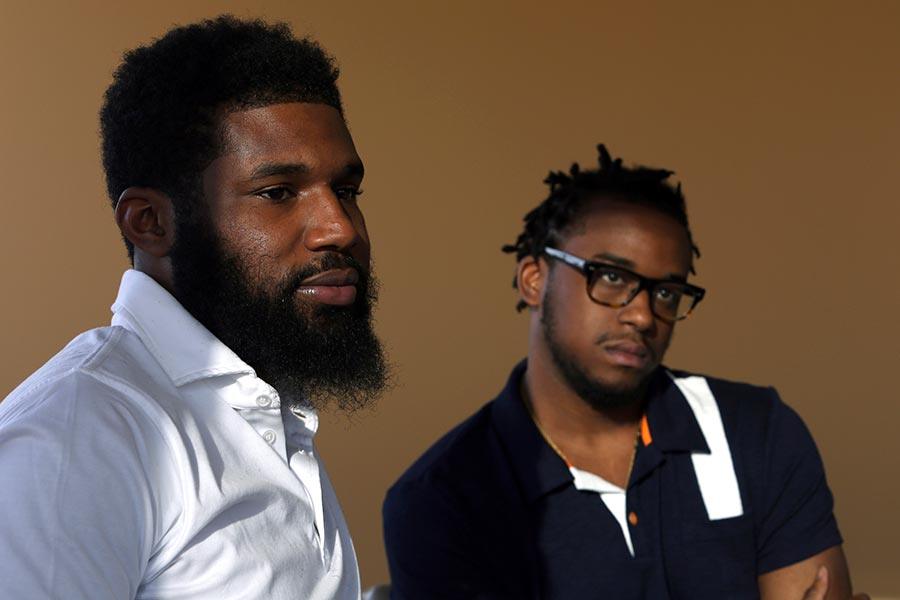 Growing up in a southern Pentecostal church, I was constantly reminded of the divine act of showing grace.

“Always forgive your enemies,” my grandmother would tell me and my classmates during Sunday school. “Let their hatred be your footstool.”

I would eventually realize that graciousness was something essentially expected of Black people in their quest to survive.

I think about how the nonviolence of the civil-rights era was lauded as a dignified way of protesting in comparison to the more adversarial Black Panther movement that followed.

I think about the time an opponent at a high school dairy cow competition in Lubbock, Texas, called me a nigger — my initial reaction was to curse the guy out, but being the only Black competitor forced me to be the “bigger guy” to make it through the day.

I think about Michelle Obama’s famous line at the 2016 Democratic National Convention here in Philadelphia: “When they go low, we go high.” The memorable quote represented a sentiment many Black people have been taught their entire lives: We must always give mercy to those who oppress us, regardless of how afflicted we are.

Which is why I was both disappointed and not surprised by the graciousness of Donte Robinson and Rashon Nelson, the two Black men who were arrested at a Rittenhouse Starbucks on April 12th simply for waiting for a business associate. Instead of rightfully suing the City of Philadelphia for humiliating them, they’ll take a symbolic $1 settlement each while also working with the city and a nonprofit to develop a $200,000 pilot program for Philadelphia public high schoolers hoping to become entrepreneurs.

“We thought long and hard about it, and we feel like this is the best way to see that change that we want to see,” Robinson said to the Associated Press. “It’s not a right-now thing that’s good for right now, but I feel like we will see the true change over time.”

It is, of course, easy to speculate that the men’s generosity here might be related to the size, currently undisclosed, of the payout they are receiving from Starbucks itself, but that doesn’t erase the role the city played in making their situation worse.

The city isn’t entitled to their mercy after the police commissioner had to apologize for being insensitive enough to try to justify his department’s conduct. It’s clear that the measures taken by the police in this incident speak to the larger issue of racial profiling in Philadelphia. If these two Black men had chosen to sue the city for violating them, they would still be heroes in my book: Legally challenging institutional racism is just as powerful as being the “bigger person” and letting it go — but Black people are constantly pushed to embrace the latter.

“This was an incident that evoked a lot of pain in our City, pain that would’ve resurfaced over and over again in protracted litigation, which presents significant legal risks and high financial and emotional costs for everyone involved,” Mayor Kenney said in a statement regarding the settlement. “Rather than spending time, money, and resources to engage in a potentially adversarial process, Rashon Nelson and Donte Robinson approached the City and invited us to partner with them in an attempt to make something positive come of this.”

It’s easy for a white man with political clout to essentially tone-police the other measures these two Black men could have taken. Would it not have been “positive” for them to take this matter to court to seek justice? Why is their right to address a legitimate grievance being framed as a “potentially adversarial process”?

Once again, I think about the institutional obstacles that prevent Black people from being anything more than gracious, from doing anything other than the only “positive” option on the table. We live in a society where Black people aren’t allowed to express a full range of emotions — one that chastises the angry Black man or woman, regardless of whether we have every right to be. Worse, Black people are forced to perform excessive acts of graciousness to appear respectable.

When I wrote a commentary on the Starbucks situation that examined the Black trauma porn of Robinson and Nelson’s arrest video, I received hate mail that accused the men of being “opportunists” who were “making a big deal out of nothing.” One white reader Facebook messaged me directly and described the men as being “race hustlers” who were “going to try to swindle the city for all they got.” But after news broke of their $1 settlement, many readers have changed their tune, now calling the men “a class act,” “responsible citizens,” and “upstanding men who handled this situation with dignity and grace.”

Perhaps the pressure of respectability politics put these two Black men in a position to be more merciful to the city than they needed to be — or perhaps they are just being pragmatic. Either way, the city that wronged these two men doesn’t deserve the saving grace that it denied them. Despite the transgressions that affect our everyday lives, Black people are still showing a level of humanity that has yet to be reciprocated.