In Symbolic Move, Men Arrested at Starbucks Settle With the City for $1 Each

As part of the agreement, the city will fund a $200,000 pilot program for Philadelphia public high school students hoping to become entrepreneurs. 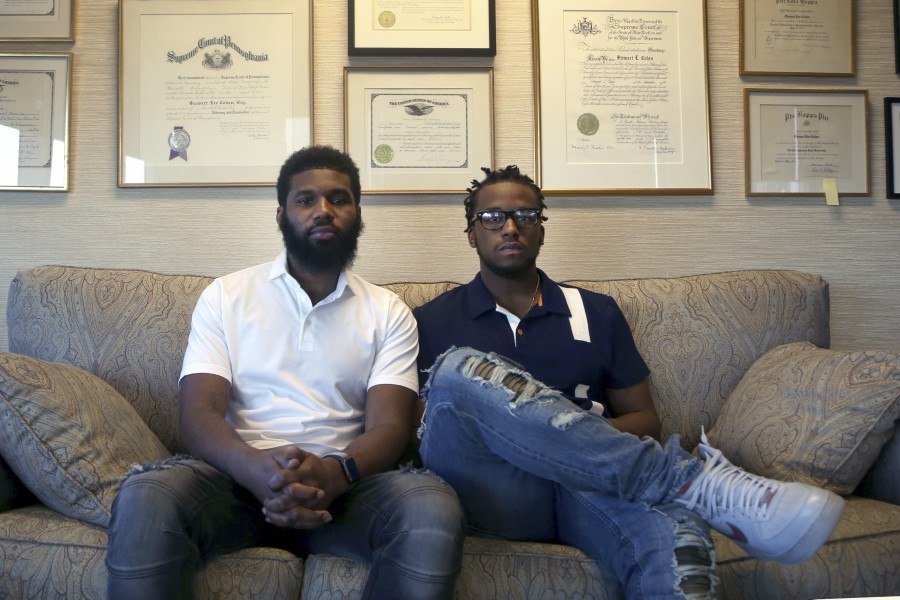 Donte Robinson and Rashon Nelson, the two Black men who were arrested while waiting for a business associate at a Rittenhouse Starbucks on April 12th, have reached a settlement with the City of Philadelphia: They’ll take $1 each — and they’ll work with the city and a nonprofit to develop a $200,000 grant pilot program for Philadelphia public high schoolers hoping to become entrepreneurs.

The city confirmed the symbolic settlement, first reported by the Associated Press, in an email to Philadelphia magazine on Wednesday afternoon. Stewart L. Cohen, the men’s attorney, did not immediately respond to a request for comment.

Robinson told the AP that he and Nelson “thought long and hard about it and we feel like this is the best way to see that change that we want to see.”

Mike Dunn, a spokesman for the city, said Robinson and Nelson will serve on a forthcoming committee for the grant program. They’ll help to develop the grant criteria, review grant applications and award the funds for the program. Neither the men nor their attorney will receive payment from the grant funds.

In a statement, Mayor Jim Kenney said he is “pleased to have resolved the potential claims against the City in this productive manner.”

“This was an incident that evoked a lot of pain in our City, pain that would’ve resurfaced over and over again in protracted litigation, which presents significant legal risks and high financial and emotional costs for everyone involved,” Kenney said. “Rather than spending time, money, and resources to engage in a potentially adversarial process, Rashon Nelson and Donte Robinson approached the City and invited us to partner with them in an attempt to make something positive come of this. This agreement is the result of those conversations, and I look forward to seeing the fruits of this effort in the coming months and years.”

Starbucks said in a statement that the company has also reached an agreement with Nelson and Robinson that “will include a financial settlement as well as continued listening and dialogue between the parties and specific action and opportunity.”

“I want to thank Donte and Rashon for their willingness to reconcile,” said Starbucks CEO Kevin Johnson. “I welcome the opportunity to begin a relationship with them to share learnings and experiences. And Starbucks will continue to take actions that stem from this incident to repair and reaffirm our values and vision for the kind of company we want to be.”

Further details on that settlement are forthcoming.