First Lawsuit Filed Against Southwest After Emergency Landing at PHL

A California woman who was aboard the diverted flight is suing the airline for negligence and "willful, wanton, and outrageous misconduct." 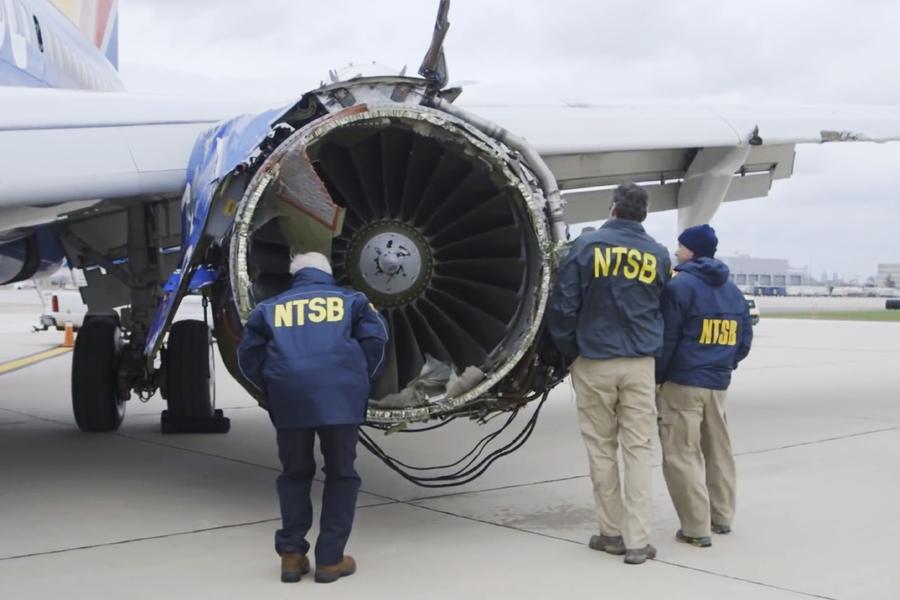 National Transportation Safety Board investigators examine the damage to the engine of the Southwest Airlines plane that made an emergency landing at Philadelphia International Airport on April 17th. (NTSB via AP)

A California woman is suing Southwest Airlines in connection with the terrifying turn of events that prompted the emergency landing of her New York-to-Dallas flight at Philadelphia International Airport earlier this month.

The lawsuit, filed Thursday by Lilia Chavez in the federal court’s Eastern District of Pennsylvania, is the first stemming from the damage sustained by the aircraft operating as Southwest Flight 1380 on April 17th. “Our focus remains on working with the NTSB to support their investigation,” a Southwest spokesperson tells Philly Mag. “We can’t comment on any pending litigation.  The safety and security of our employees and customers is our highest priority at all times.”

According to the suit, a fan blade on the engine of the Boeing 737-700 suffered a “catastrophic uncontained failure” that sent debris crashing into the plane approximately 20 minutes into the flight. A passenger’s window was breached, causing the rapid depressurization of the cabin as flight attendants scrambled to cover the hole.

“Ms. Chavez witnessed the horror as the force of the depressurization pulled an innocent passenger partially through the shattered window and she watched as passengers risked their lives to pull the passenger back into the aircraft and save her life,” the complaint states. That passenger, 43-year-old Jennifer Riordan, was killed when she was partially sucked out of the aircraft.

Sitting three rows down from the breach, Chavez says she was struck by airborne debris and battled through obstructed breathing during the entire ordeal. After the plane made its rocky emergency landing at PHL, passengers were immediately met by Southwest representatives that Chavez claims were of little help and showed no concern for getting her the appropriate care. As a result, Chavez says she continues to suffer “severe personal injuries” including post-traumatic stress disorder, anxiety, and related mental trauma.

Because similar engine failure occurred on an earlier Southwest flight this past August, Chavez is suing the airline for negligence, breach of contract, and “willful, wanton, and outrageous misconduct,” among other offenses. She says the company acted “with malice, recklessness, and with disregard for the rights of others” by putting profits ahead of passengers’ safety.

“Despite knowing of the dangerous condition of the subject aircraft’s engine, the defendants risked the lives of more than a hundred innocent passengers, including the Plaintiff, by electing not to discontinue service with the use of aircraft equipped with these engines or otherwise electing not to inform passengers of the nature of the existing dangerous condition,” the suit states.

Chavez has requested a jury trial and is seeking both compensatory and punitive damages as well as payment for all legal costs she incurs. The National Transportation Safety Board is still in the midst of its investigation into the incident.