Even Philly Opera Singers Are Getting Into the Sixers Playoff Spirit

The fever has officially arrived in Philadelphia. 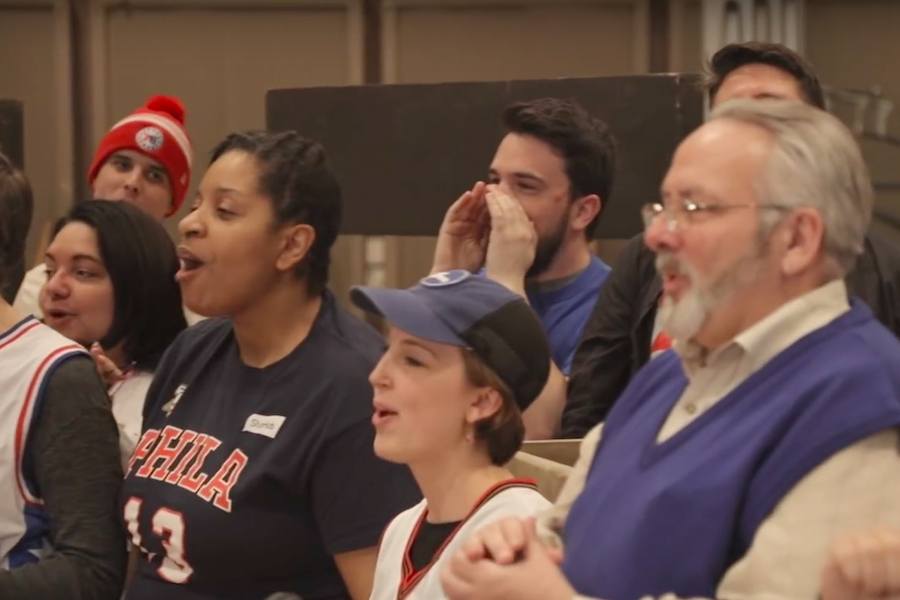 Photo via the Philadelphia Opera.

Fresh off setting a new franchise record with 16 straight wins to finish the regular season, the red-hot 76ers are about to participate in the NBA’s playoffs for the first time in six years.

There are rumors that LeBron is coming, banners flying high in Old City – it’s safe to say that Philly has officially caught Sixers fever.

You know who else is excited for some postseason basketball? Opera Philly, which gathered 19 of its world-class voices to sing an a cappella version of “Here Come the Sixers” – the 76ers’ very groovy theme song that plays after every home victory:

Here’s the original version in case you were unfamiliar:

Let’s all hope that this lively theme is blaring from the Wells Fargo Center speakers as the final seconds tick down on Saturday.

So here’s the skinny: The 3-seed Sixers will take on the Miami Heat in a best-of-seven series beginning Saturday night. Below is a handy graphic of all the tip-off times and where you can catch the action on TV. 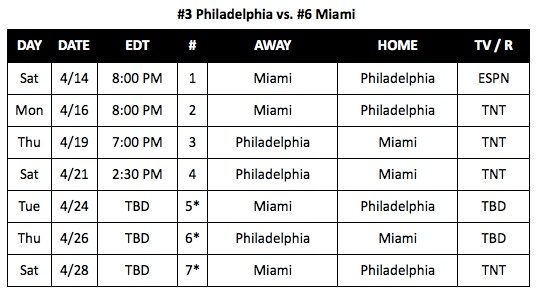 Feel like attending in person? You better have some deep pockets. The cheapest ticket on StubHub at the time of publishing is $120 (before fees) up in the nosebleeds.

Keep in mind that while the experts predict the Sixers will advance to the next round, star center Joel Embiid is dealing with a face injury and will not play in Game One. Good thing we still have Rookie of the Year candidate Ben Simmons. Dr. J. recently called him a “once-in-a-lifetime talent.”