Anyone with information regarding the person’s identity is urged to contact PPD’s citywide Arson Task Force. 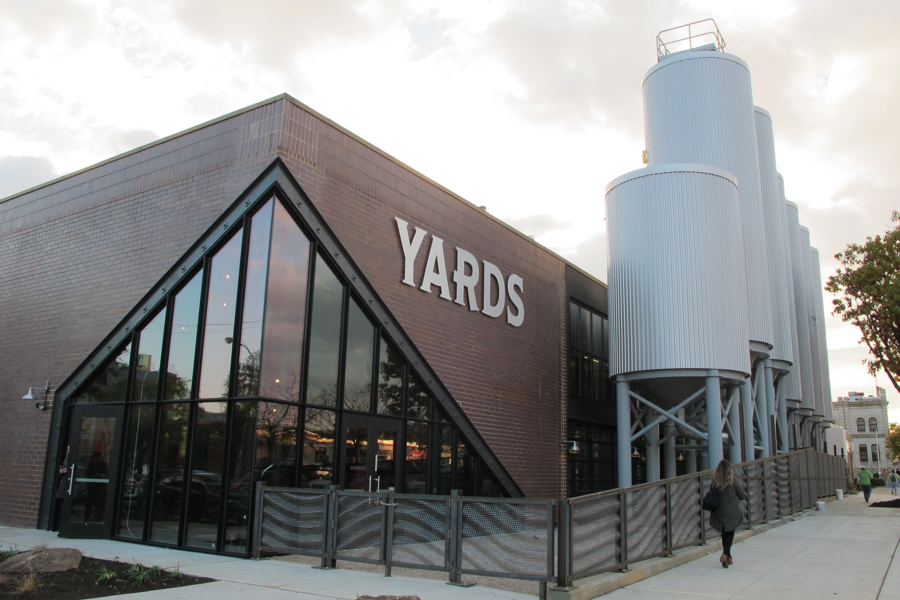 In an attempt to help identify the culprit, Philadelphia police have released video of a March 17th fire that damaged the new Yards Brewing Co. location at 456 North 5th Street in the city’s Spring Garden section.

Surveillance cameras captured an unidentified man or woman setting fire to a dumpster in the brewery’s loading dock area around 4 a.m. Flames quickly spread to the building’s façade and caused significant damage before firefighters arrived on the scene. The fire did not reach the taproom, however, so Yards was able to remain open for St. Patrick’s Day festivities.

Police have not yet been able to determine the arsonist’s gender or race. Authorities hope that the release of the video will bring new evidence to light. On the night of the incident, the suspect was wearing tan pants, black sneakers, a hoodie, and an outer jacket with a tear down the back left side.

Anyone with information regarding the crime or suspect is urged to contact PPD’s citywide Arson Task Force at 215-446-7875.

4am Saturday a fire began outside the loading dock of the new #YARDS location. Thankfully no one was injured & we are investigating the cause. The taproom is open as normal. Special thanks to @PhillyFireDept for their fast response. Happy #StPatricksDay! https://t.co/ttVHYIFCZn