Seems like yet another witch hunt meant to smear Eagles fans (who aren’t nearly as bad as you may think). 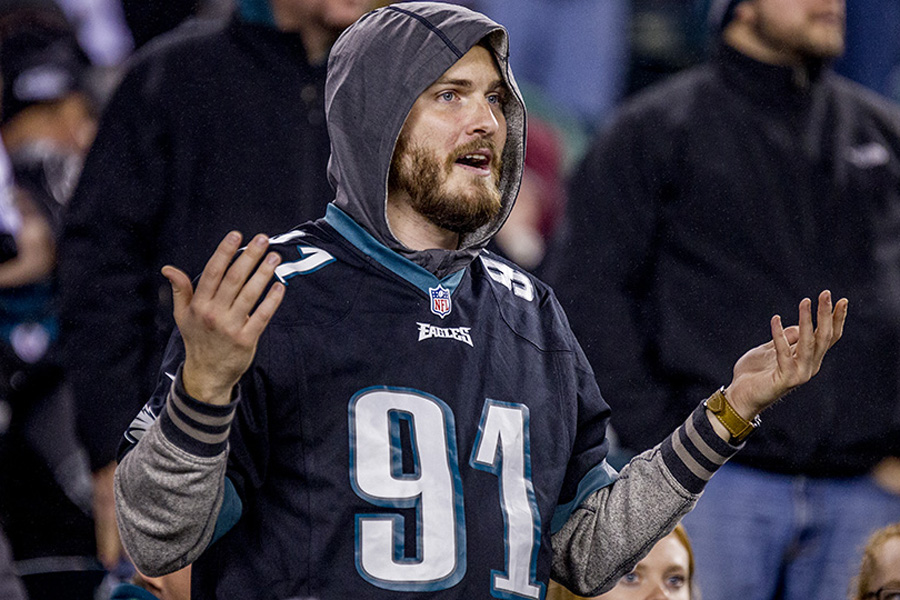 In response to the incessant whining of tissue-paper-soft Minnesota Vikings supporters, the NFL has reportedly launched an investigation into the behavior of Eagles fans during January’s NFC Championship Game. And how long are we going to continue to beat this dead horse, exactly?

According to a report out of Carson Wentz’s home state, league security officials have been in contact with Vikings fans who traveled to the Linc to watch their team get absolutely demolished by our Birds 38-7. Once back home, many salty visitors relayed tales of Eagles fans acting as absolute animals, dousing poor souls in beer and directing more than a few unsavory insults their way. In other words, business as usual for a game with a trip to the Super Bowl on the line.

You may recall the leadup to that pivotal tilt from Minnesota’s perspective was focused on the “gang-like” mentality of Eagles fans and how best to survive a Sunday in Hell with us miscreants. No big deal — we’re used to that sort of smear campaign here in Philly. But dressing up the Rocky statue in purple and gold? Now that’s a problem. As Principal Vernon so eloquently stated in The Breakfast Club, “Don’t mess with the bull, young man, or you’ll get the horns.”

Foaming at the mouth and starving for a championship, Eagles fans simply played the role in which they were cast by our timid friends over in Minnesota. Were we a little aggressive and overly obnoxious? Sure, all in good fun. But were any Vikings fans in actual danger? Likely not. There were only six arrests that game – three for counterfeit ticket sales, two for disorderly conduct, and one for assault on police.

The lowest of our ranks may eat crap and throw right hooks at police horses, but the fact remains that Eagles fans on the whole are not as volatile as we’re made out to be. A Washington Post study found that San Diego (now Los Angeles) led the league in arrests per game from 2011 to 2016, with an average of 24.6. The Eagles didn’t even crack the top five during that span.

The league will publicly announce any changes to stadium protocol as a result of its investigation.