In fact, John Rigsby could see his arrest completely expunged next year. 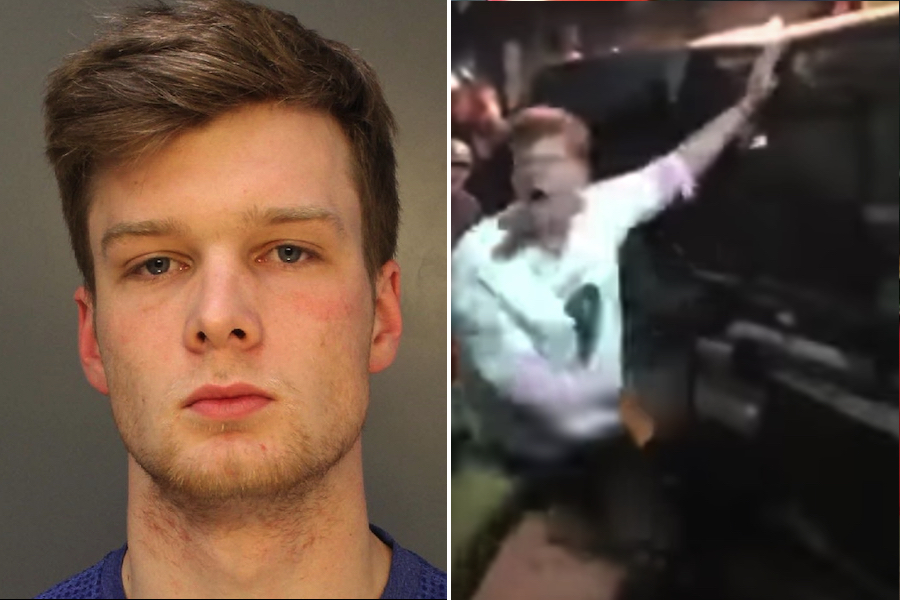 Left: Malvern’s John Rigsby in his Philadelphia Police Department photo. Right: Rigsby just after he flipped a car over. (YouTube)

Most of us were downright excited after the Eagles won the Super Bowl in February, and the vast majority of us behaved and celebrated without destroying other people’s stuff. But that wasn’t the case with John Rigsby, the 20-year-old Malvern resident who was arrested after a video of him (and others) flipping an SUV on Broad Street went viral. Be sure to note Rigsby’s post-flip chest-thumping in the video below.

Rigsby, son of veteran Villanova basketball radio announcer Robert “Whitey” Rigsby, was arrested two days after the Super Bowl and charged with rioting, criminal conspiracy, recklessly endangering others, and criminal mischief, the first two charges being felonies that could have carried real jail time. His dad posted the $2,500 bail right away.

After we reported on Rigsby’s arrest, readers had things like this to say:

Make an example … RIGHT TO JAIL!!!

I hope the city courts jam him.

Well, jam him they did not.

Two months after his arrest, Rigsby, who is represented by veteran Philadelphia criminal defense lawyer Frank DeSimone (his previous clients have included everybody from Meek Mill to former City Councilman and ex-con Jimmy Tayoun), has already landed himself a pretty sweet deal.

The guy once named “Main Line Boys Athlete of the Week” during his time as a point leader on the Archbishop Carroll basketball team has entered what’s known as an accelerated rehabilitative disposition (ARD) probationary program. (DeSimone did not immediately respond to a request for comment about the case.)

Under ARD, a defendant can completely avoid prosecution if they stick to the terms of their probation and don’t break the law for the duration of the ARD, which, in Rigsby’s case, is one year.

In modern parlance, Rigsby basically needs to not “make any bad choices” until after his ARD is over. Once Rigsby successfully completes his ARD, the record of his arrest can be expunged and Rigsby can go on with his life as if he never flipped somebody else’s car over in the middle of Broad Street.

Also pretty sweet: the monthly probation supervision fees, normally paid by the defendant, have been waived. If you ever get arrested in Philadelphia, make sure you show up in court with a copy of this story and say to the judge, “Your Honor: I want this deal.”

According to the Philadelphia Police Department, no other arrests were made in the car-flipping incident, although the department originally said that as many as seven suspects were sought.

As for the dozen or so other defendants whose identities were released by police for their alleged post-Super Bowl misdeeds, most of them have not seen their justice land as swiftly or sweetly as Rigsby’s: Two have entered probationary programs similar to the one that Rigsby is in, but the rest are still facing charges, with some scheduled for trial in April.