The underdog Quakers are participating in March Madness for the first time in over a decade. Meanwhile, powerhouse Villanova once again holds a top seed. 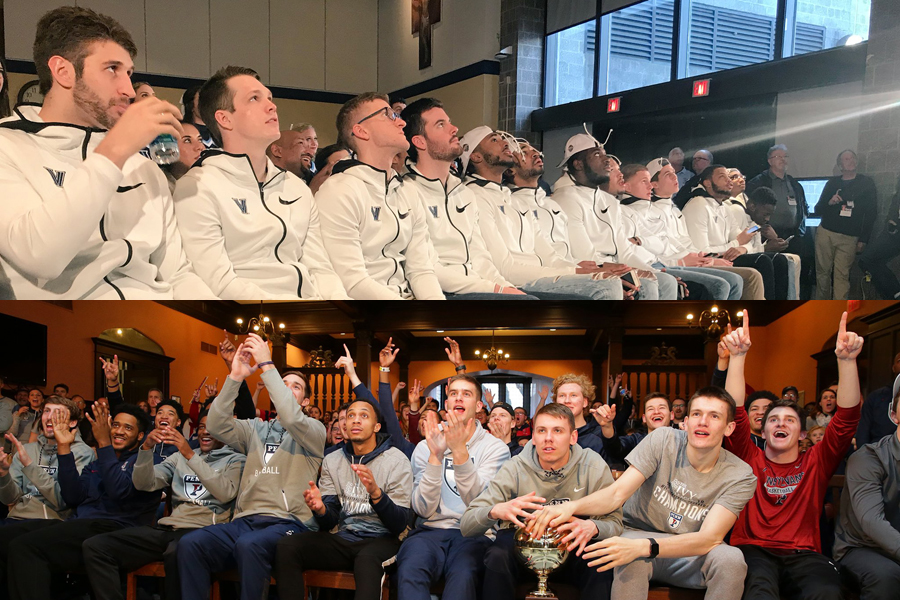 After dominating the Ivy League through most of the 1990s and early 2000s, Penn men’s basketball hit a lull following the program’s last NCAA Tournament berth in 2007. What was once a near guarantee that the Quakers would go dancing come March had become a wistful memory to fans of the Big 5.

But that all changed on Sunday, with Penn capturing its first conference title in more than a decade by dispatching Harvard in a 68-65 nailbiter at the Palestra. The scene over at college basketball’s cathedral was expectedly euphoric:

This is what #IvyMadness is all about!

24 trips (and counting) to the Big Dance and every time still feels like the first pic.twitter.com/WG02mDYPOI

Get your dancing shoes on!!! pic.twitter.com/cqCrwk3bSt

With the NCAA selection committee having already decided the bracket for this year’s tournament, the 16-seeded Penn will take on Kansas (top seed in the Midwest region) at 2 p.m. on Thursday.

The other Philly school joining the Quakers for March Madness is perennial powerhouse Villanova (no need to remind us that they’re technically on the Main Line). The Wildcats are once again slotted as a number-one seed and will face the winner of a play-in game between Long Island University-Brooklyn and Radford University on Thursday at 6:50 p.m.

Temple, La Salle, St. Joe’s, and Drexel were all left out of this year’s field. Better luck next year!