Jimmy Rollins Wants to Play One More Game for the Phillies

Contemplating retirement, the spark plug of the ’08 World Series champs says he doesn’t do honorary contracts. 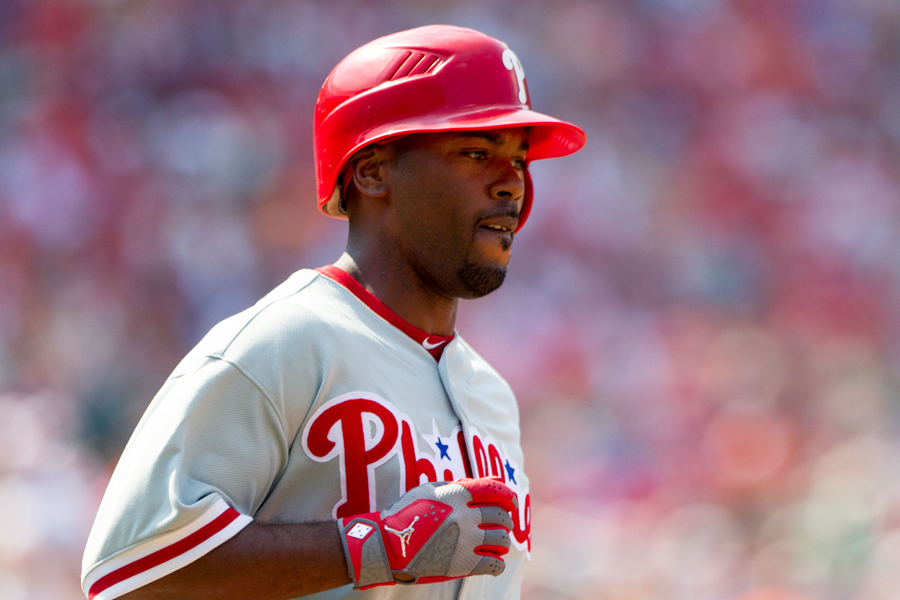 As the best shortstop in Philadelphia Phillies history (with apologies to Larry Bowa), Jimmy Rollins deserves a retirement ceremony of the highest order. It’s been a few years since we last saw J-Roll’s infectious smile on a baseball diamond, and the spark plug of the 2008 World F’in Champs is just about ready to hang up his spikes for good.

Rollins last wore red pinstripes in 2014, but he once again donned those familiar colors over the weekend at spring training in Clearwater, Florida, as the Phils honored the 10th anniversary of that World Series title. (Has it really been a decade?)

This moment marked the first time that Rollins joined the team he played parts of 15 seasons for since washing out of the majors a couple of years ago. But if he has it his way, Jimmy will play one more game in the big leagues before retiring as a Phillie.

“If I get signed to a one-day thing, I’m playing,” Rollins told reporters Sunday, referring to the ceremonial contracts that athletes sign to officially retire with the teams they’ve been most associated with. “If they want me to retire and they just announce it, that’s fine. But if you sign me to a contract, I’m playing. I don’t do honorary contracts. I’m going to play that day. I may just run out onto the field and pull a hamstring, but I’m going to jump that line one more time.”

While Jimmy’s wish is certainly unprecedented, we sure would love to see it granted by the front office. With the Phils predicted to finish among baseball’s worst teams this season, what’s the worst that could happen?