Why settle for one first assistant DA when you can have two? 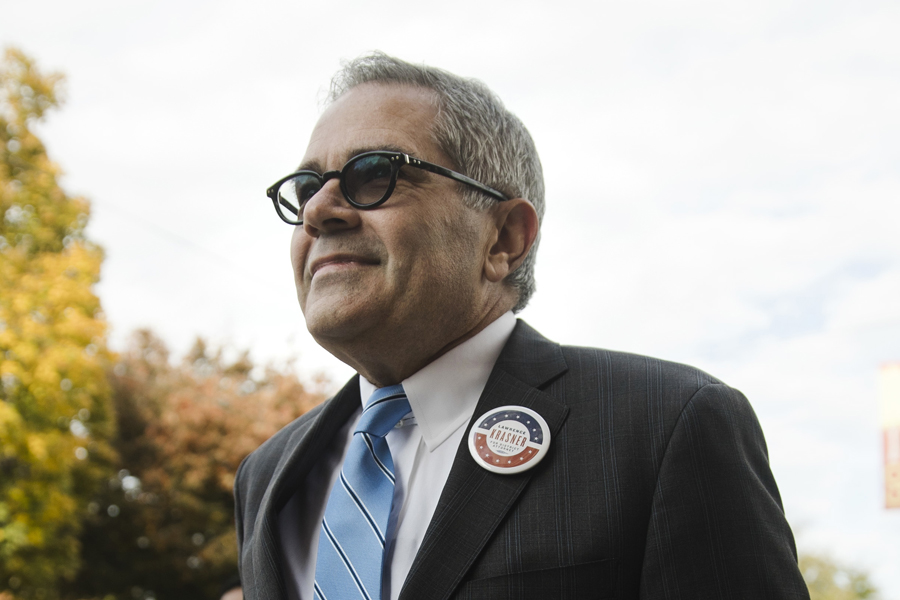 If you couldn’t tell already, Philadelphia District Attorney Larry Krasner doesn’t exactly stick to the usual script. The progressive Democrat’s choice for first assistant district attorney is yet another example, as he announced that he now plans to have two people fill the role of his second-in-command.

At a press conference on Wednesday morning, Krasner introduced Robert L. Listenbee and explained his a three-pronged approach to prosecuting our city’s criminals with a train analogy. With himself, Listenbee, and the previously announced Carolyn Engel Temin united at the top, Krasner said, Philly’s district attorney’s office now has “three locomotives” running the show.

“The train goes faster, and the train can carry more,” Krasner said.

According to Krasner, there will be plenty of work to keep both Listenbee and Temin busy.

“The Philadelphia District Attorney’s Office is lucky to have two first assistant district attorneys whose talents and expertise are so complementary and so weighty,” Krasner said. “By having Robert Listenbee, who distinguished himself in the Obama administration, as part of my team, we will be able to add more capacity to everything we do, from juvenile justice issues to supporting the communities we serve to offering our city’s most vulnerable citizens a helping hand.”

Listenbee, a longtime public defender, was head of the juvenile unit for the Defender Association of Philadelphia from 1997 to 2013. He then served as chief of the Justice Department’s Office of Juvenile Justice and Delinquency Prevention before stepping down to take a job at Drexel University last year.

Temin spent three decades on the bench, largely presiding over homicide cases at the Criminal Justice Center before retiring in 2012. The 83-year-old began her career in law as Philly’s first female public defender and later worked on the other side of the courtroom as an assistant district attorney. Temin was first elected judge in 1983 and has spent her most recent years working on legal projects overseas.

“What District Attorney Krasner has proposed is a complete modernization of the office. I’m honored to be part of the transformation,” Temin said after she was appointed First Assistant in January.