Troopers seized a handful of pit bulls, four rabbits, a gun, drugs, and veterinary supplies from the Coatesville home of Dowayne Molina. 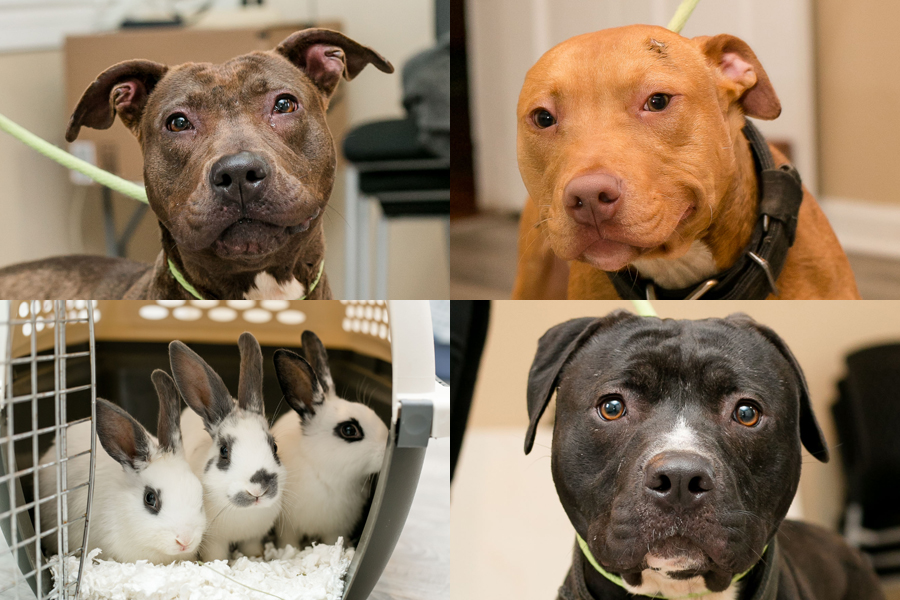 Pennsylvania State Police are crediting a routine traffic stop that occurred in East Marlborough Township last fall for their dismantling of an alleged dogfighting ring that had been operating out of a home in Chester County.

“Folks may not realize that cruelty and suffering like this is happening in our neighborhoods,” Linda Torelli, director of programs for the Brandywine Valley SPCA, tells Philly Mag. “It can happen anywhere. These acts are beyond comprehension for most of us, but knowing it can happen and keeping an eye out for unusual activity can help save lives.”

After observing a traffic violation in the suburban Philadelphia county in November, troopers pulled over a vehicle driven by 39-year-old Dowayne Molina and discovered an injured pit bull suffering from wounds consistent with dogfighting. Based on their finding, state police launched a full-scale investigation into Molina that culminated in the Coatesville man’s arrest on February 22nd.

Molina is now facing three counts of animal cruelty related to dogfighting/training, two counts of possession with intent to deliver, one count of possession of drug paraphernalia, and one count of being a felon in possession of a firearm. The charges all stem from the execution of a search warrant at Molina’s home about a week ago that yielded several injured animals, dogfighting equipment, and veterinary supplies.

“It is beyond comprehension that animals could be forced to suffer like this for entertainment,” said Adam Lamb, executive director for the BVSPCA. “We’re grateful for the diligence of the state police in pursing this case, and we’ll support them in every way possible to find justice for these animals and prevent future suffering.”

In all, state police officials say, the following was seized from Molina’s residence: six pit bulls, four rabbits, several dog treadmills, IV kits, and other canine medical supplies, a .40-caliber semi-automatic pistol, an ounce of cocaine, one pound of marijuana, and nearly $3,000 in cash.

Authorities say the dogfights took place during the early morning hours at Molina’s home. The seized animals were given treatment and remain under protective control of the BVSPCA.

“Cruelty cases often come to light because someone near the situation – a neighbor, friend or family member – provides a tip,” Torelli says. “We ask people to be alert to activity like a lot of people coming and going at unusual hours, an unusual number of small animals in the yard, animals kept in inappropriate housing, and animals with unusual injuries.”

Molina has a long history of criminal offenses dating back to the 1990s, including a conviction for animal fighting in 2015. No attorney information for Molina was listed on court documents.