From the police to the fans to the toilets, here’s our graded review of the massive undertaking. (Guess what got an F?) 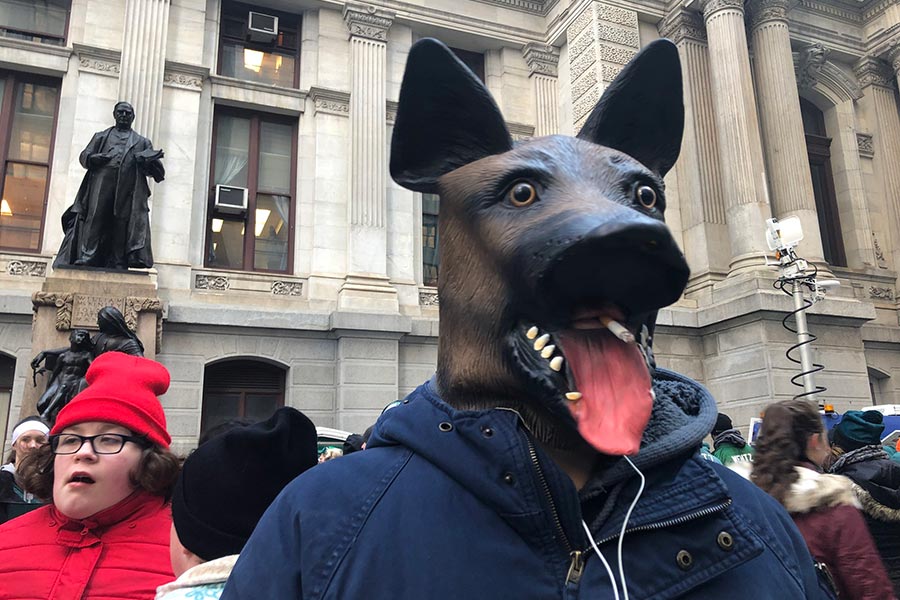 Well, Philadelphia, we did it. We finally won the Super Bowl. And we finally had a Super Bowl parade. Here’s the report card.

Once again, the Philadelphia Police Department comes through in a big way. Faced with massive crowds, some rowdy drunken types, people standing on top of all sorts of things that they shouldn’t have been standing on top of, and no shortage of 911 calls to deal with, our police dealt with it all in a way that would put most police departments in the country to shame. Shout out to all first responders.

We love this Eagles team, and they brought their best to the Super Bowl parade. From Doug Pederson catching a beer one-handed to that amazing Jason Kelce speech, there was plenty to love. (And, let’s be frank: Kelce could have won all of this singlehandedly.)

Otherwise known as the Office of Emergency Management, the OEM works in the background to make sure that you stay safe. But in the foreground on Thursday was the OEM text message service. People who signed up for the free texts beforehand got important real-time notifications about all sorts of things like SEPTA changes, the location of the parade along the route (“#Eaglesparade has rounded City Hall and is headed towards the Parkway. Fly Eagles Fly!”), and plain old good reminders like “Heavy crowds expected … Use caution and patience; watch out for your fellow fan.”

OK, OK. So on Thursday morning, I posted a story headlined “Welp, It’s Only 10 and People Are Already Hammered at the Eagles Parade.” And the fact is, I saw more than a few hammered people as early as 9 a.m. And then there was the woman taking a selfie, not realizing that she still had vomit on her face. I could go on. I’m sure we all have stories to tell about Eagles fans who had a bit too much to drink at the Eagles parade.

There were some fights. There were some thrown bottles. There was some general douchebaggery and overly bro behavior. But by and large, it was a peaceful, fun day that Eagles fans will never forget. Well, those sober enough to remember.

Now, I know that some among you are going to send us hate mail telling us about your personal SEPTA “horror story”, but this system wasn’t built to get the population of Albania (sorry, we’re not buying the 700,000 estimate) in and out of Philadelphia in a matter of several hours. Yes, there were long lines, yes there were delays, but SEPTA did the best that it could with hand that it was dealt. We’re still a little unclear on what happened with the whole Regional Rail pass thing, but …

You’ve probably seen photos of peeing in the streets — and we’ve heard reports of people doing more than just peeing — and, yes, you can chalk some of that up to some people being gross. But, c’mon, when you gotta go, you gotta go, and there simply were not enough portable toilets on the streets. When the city announced how many toilets they’d be putting out there, we were scratching our heads wondering how that was going to work. And it didn’t.

You know what, Budweiser? Keep your lousy beer out of our city next time. That said: brilliant marketing.