Selling a T-shirt based on a player’s charitable endeavor is pretty low, even by NFL standards. 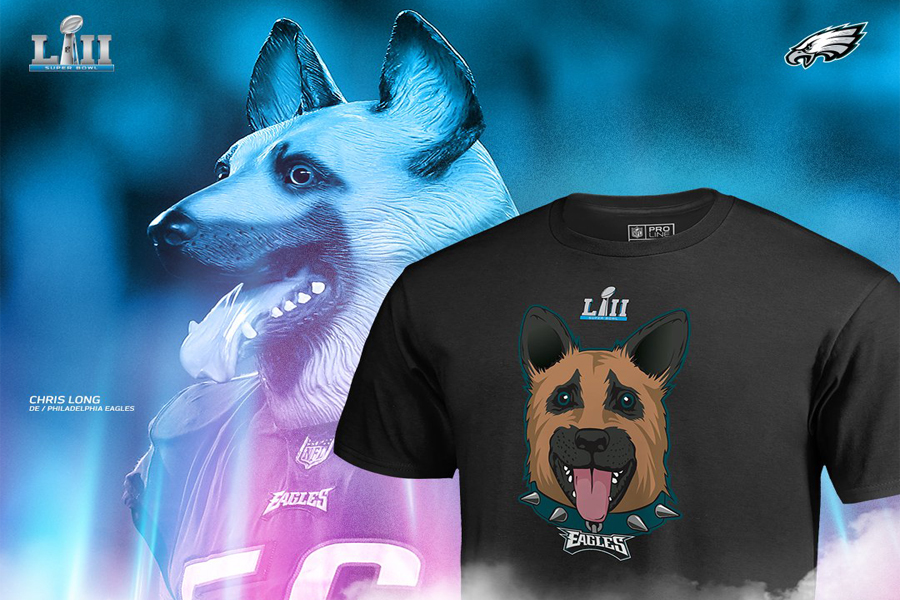 Believing (wrongly) that they were harmlessly playing along with our underdogs, the NFL ended up biting off more than it could chew by sharing the latest creation from its merchandising geniuses on Twitter: a $28 T-shirt bearing the Super Bowl LII logo and a friendly German shepherd.

ICYMI, Philly already has an official underdog shirt – tackle Lane Johnson’s now sold-out design, which reportedly raised more than $100,000 in support of local public schools. (You can purchase other items from Lane’s personal online shop here, with 100 percent of the proceeds benefitting the fund for the School District of Philadelphia.)

It's time to get these limited edition LJ65 shirts! On my site at https://t.co/AOekBupHxc & at @ChickiesnPetes Thurs 7-10pm! ALL proceeds go to @fundPHLschools! #Underdogs #LJ65 #Eagles pic.twitter.com/62x09U8xWv

Appalled by the NFL’s attempt to get a piece of this charitable marketing pie, fellow outspoken Eagle Chris Long – and even Johnson himself – couldn’t resist calling them out: 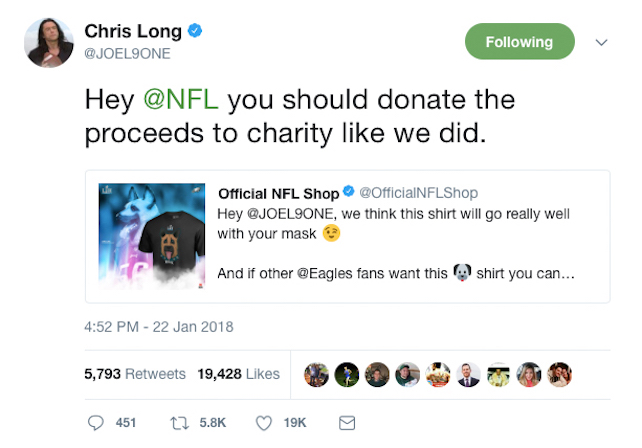 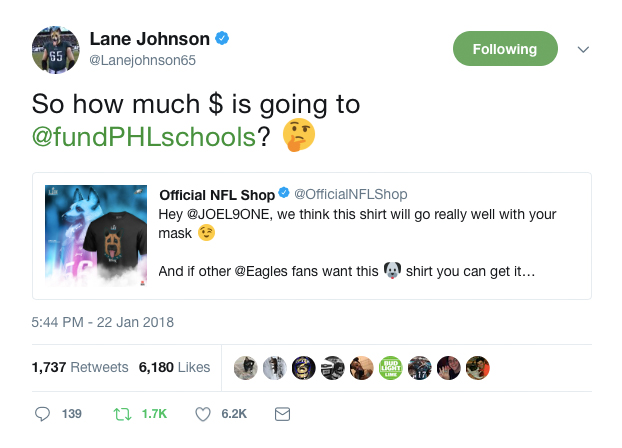 It’s possible that the NFL is simply just out of touch here, much like they are on a variety of more important issues. However, in this particular instance it’s likely that we all just witnessed how far (or low, depending upon your point of view) the league’s decision makers are willing to go for a buck.

Update: Feeling the heat from this blunder, it appears that the NFL now will likewise donate all of the proceeds from its version of the underdog shirt to the school district fund.