Naturally, the weather is to blame. 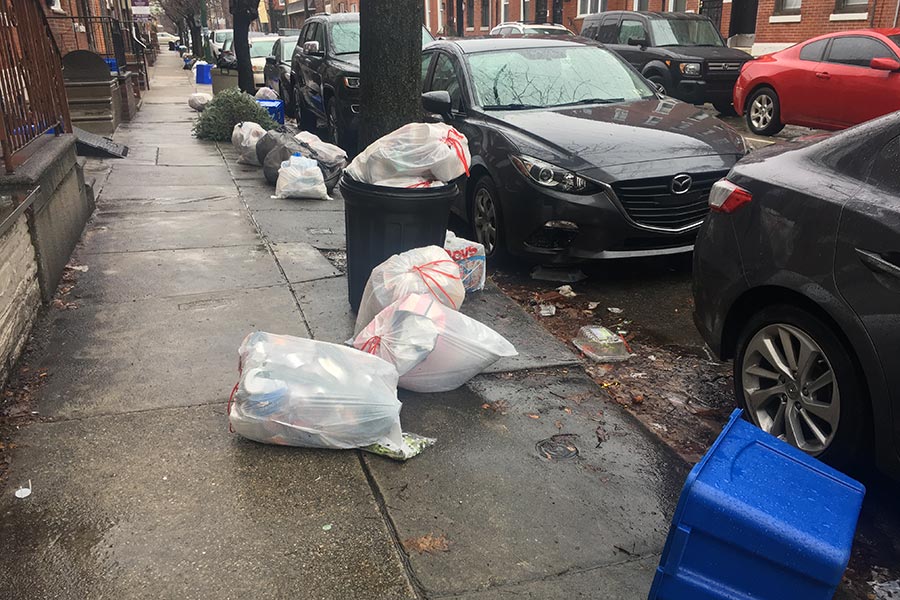 Trash pickup is one of those basic city services that people expect to work correctly, and then they freak out, rightfully so, when things go wrong. And there are a lot of Philadelphians freaking out right now about the piles of trash in front of their homes.

We’re not exactly sure how many people haven’t had their trash picked up in a while — this report put the number in the thousands — but some residents say they’ve been sitting on garbage for as long as two weeks, making us just a little bit thankful that it’s not summertime.

As the above report pointed out, there is no acknowledgment of the massive fail on the Streets Department’s website, and the Philadelphia city services page actually proclaims that trash and recycling are being picked up on schedule.

We reached out to City Hall to get to the bottom of the situation. Are the sanitation workers on strike? Did we have to sell off all the trash trucks to cover the city’s ridiculous pension balloon?

Nope. You can blame the weather.

“We can apologize for the inconvenience to the city’s residents,” Streets Department spokesperson Crystal Jacobs told Philly Mag. “Inclement weather including a major storm on Thursday, a wintry-mix on Monday and today’s steady rain, coupled with last week’s holiday modified schedule has impacted collections significantly.”

As of now, forecasts call for the possibility of rain and snow in Philadelphia next Tuesday, so it’s anyone’s guess how that might further screw things up.

“We thank the city’s residents for their continued patience,” Jacobs added, though we’re not exactly sure what patience she’s referring to.