The phaseout of Philly’s favorite payment method will kick into high gear in 2018. 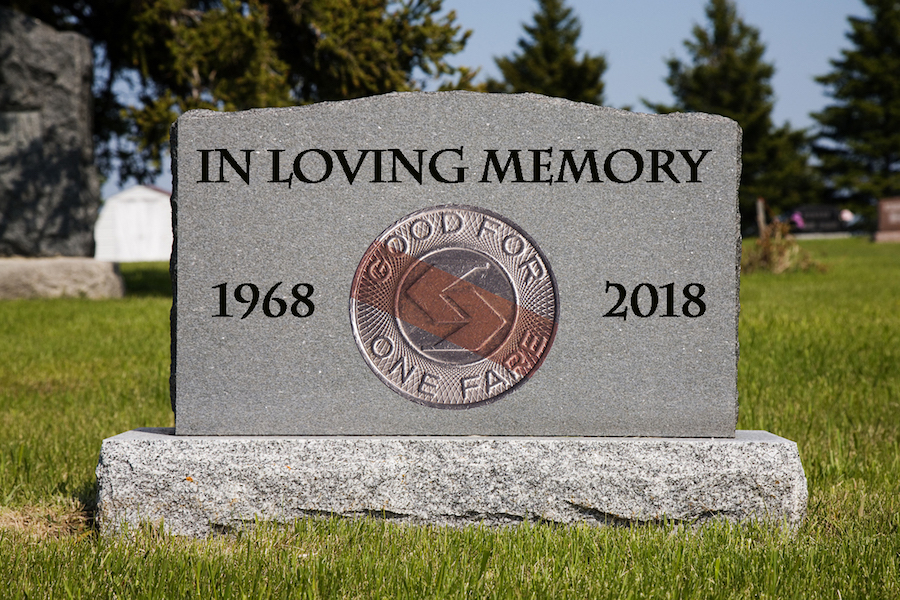 It won’t take long for 2018 to start feeling like a new beginning for Philadelphians with the news that SEPTA will start phasing out the transit token in mid-January.

Officials say the move was unavoidable, as token sales have steadily declined since the 2016 introduction of the SEPTA Key fare payment system (including both one-use magnetic strip tickets and a reloadable plastic card), but the loss of Philly’s familiar payment method has us feeling nostalgic.˙Here are a few things we’ll miss about those jingly little buggers when they’re gone:

Their old-school charm.
According to SEPTA, it is the last major transit agency in America to accept tokens as fare payment. Tokens were first issued in 1968 and were originally intended for schoolchildren. It was kind of cool being the lone holdout.

The ease with which we could bum a ride.
“Yo, you got an extra token?” — a line familiar to the deadbeats among our friend groups — will be heard no more, thanks to SEPTA Key’s no-pass-back restriction. We’re hoping for that feature next year!

Their ubiquity.
You could buy a token from literally anywhere, from a newsstand to an old nun at your high school. She’s out of a job now, SEPTA, by the way …

Their effectiveness as a scratch-off tool.
Tokens had second lives in a variety of ways, including as the ultimate utensil to reveal what you just won on that holiday lottery ticket from your local bodega.

Their convenience.
It was so quick to just drop the token in the slot and move on through. Without fail, now when you most need to hustle there will be someone in front fumbling with the card.