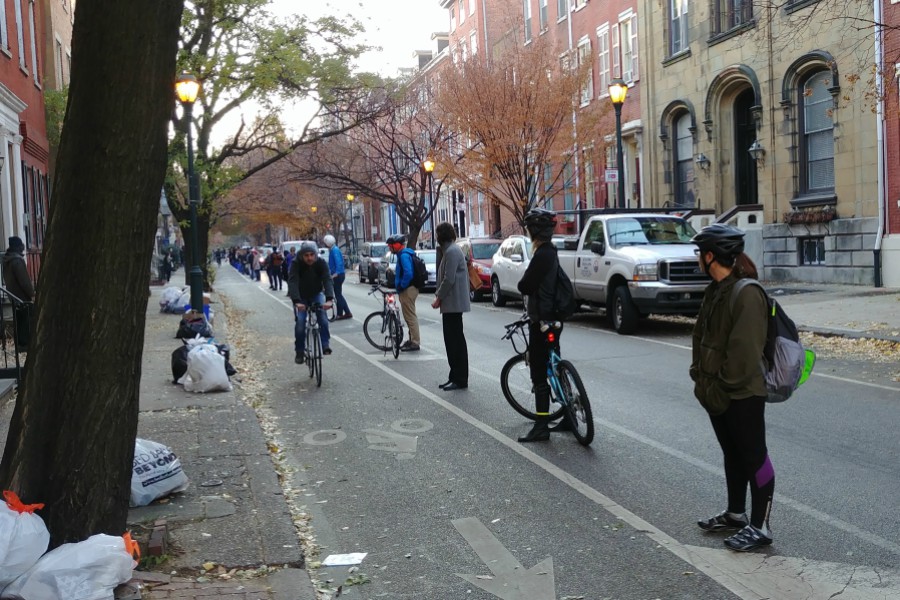 Following the second serious crash involving a truck and a cyclist in Center City in less than a month, protesters have planned another human bike lane demonstration to draw attention to the dangers cyclists face.

Cycling advocates will gather at 8 a.m. on Tuesday morning to line the unprotected bike lane near the intersection of 13th and Pine streets. It was here on Friday that Becca Refford was struck and run over by a turning box truck, just weeks after another bicyclist was killed in a collision only a couple of blocks away.

Refford – who sustained a fractured pelvis and broken hips – says she considers herself lucky to be alive. The 24-year-old South Philly woman will undergo surgery on Monday and is looking at six to eight weeks of recovery time.

To address the causes of these tragic and often-fatal crashes, members of Philadelphia’s biking community are asking supporters to come with signage pleading for better regulation of the city’s bike lanes.