Daylin Leach Responds (Poorly) to Accusations, “Steps Back” From Campaign

The Pennsylvania state senator just gave a master class on how not to respond to allegations of misconduct. 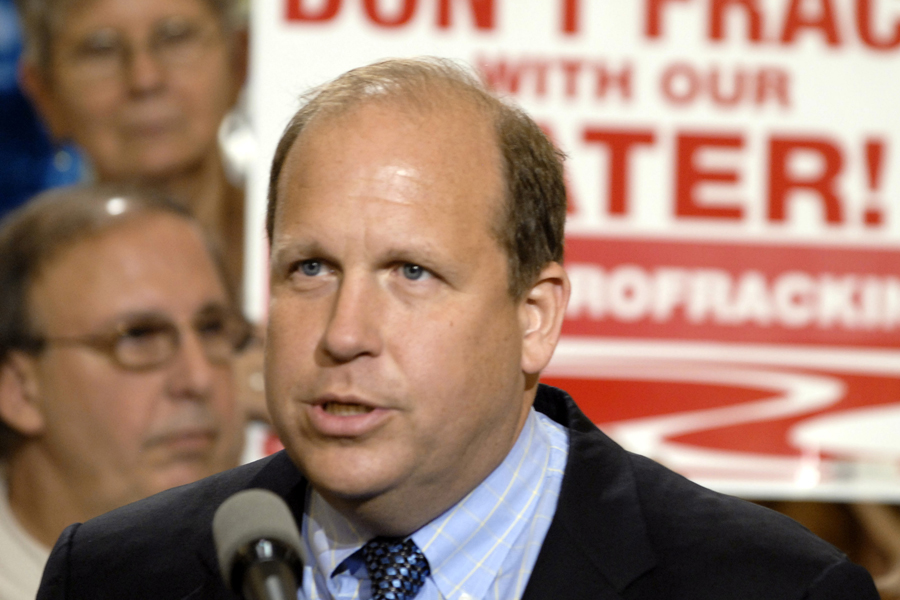 The past 72 hours haven’t been so great for Pennsylvania State Sen. Daylin Leach, a Temple grad who has represented parts of Montgomery and Delaware counties in the state legislature for nearly a decade and has his eyes on congressional seat.

It all started on Saturday morning, when The Inquirer first published a report detailing incidents of “questionable behavior” based on interviews with former staffers and associates. The accusations, which range from sexual joking to inappropriate touching, rocked the progressive Democrat, who has been hailed for his advocacy of women’s rights and support for efforts to legalize marijuana.

With some Leach constituents outraged and others supportive, Gov. Tom Wolf waded into the situation early Sunday to call for the senator’s resignation. Then things got weird …

Leach took to his personal Facebook page on mid-morning on Sunday to directly respond to his critics. At first, he offered an apology that seemed anything but, with flashes of victim-shaming, self-congratulation about his sense of humor, and an admission that he does go around touching people (though he specifically denied that two of the incidents in the newspaper’s report ever happened): 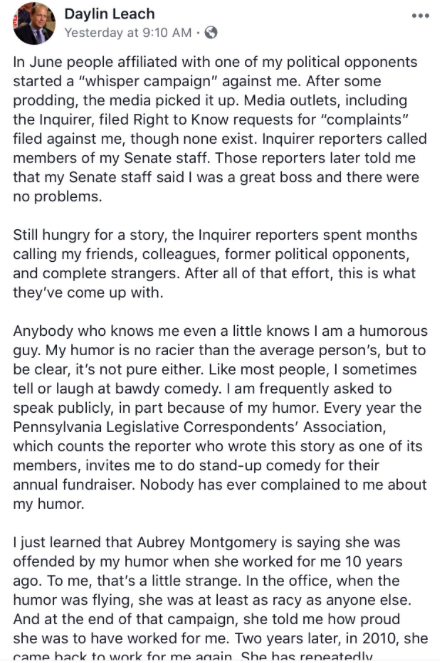 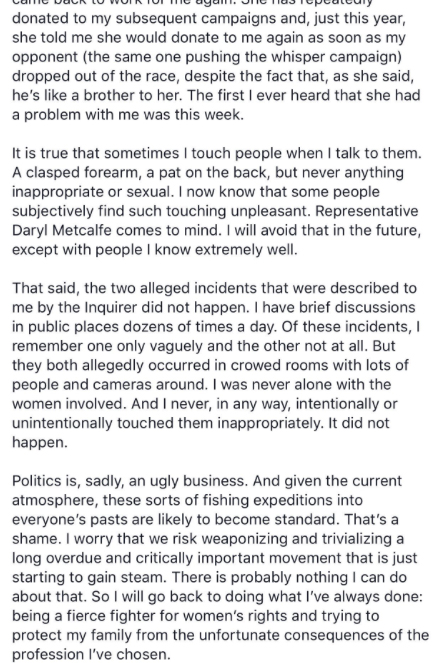 Then, to make matters worse, Leach decided it would be best to go on the offensive and attack one of his accusers on social media:

This is getting beyond ridiculous. Here is Daylin Leach ATTACKING a victim for speaking out on his Facebook page. #PASenate #PAHouse #PAPolitics pic.twitter.com/cgShiGGcbT

But Leach still wasn’t done. Showcasing that brilliant wit he was oh so eager to brag about, he made a mocking reference to sexual harassment in a different social media post: 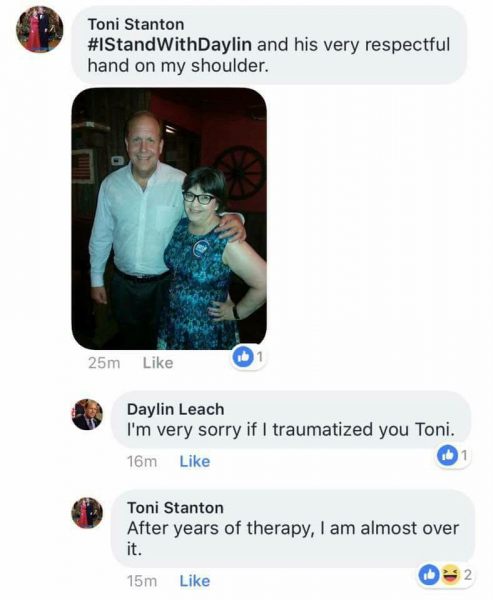 Perhaps sensing that this oddball behavior had effectively buried his political future, Leach finally made a second statement on Monday afternoon (still lacking anything vaguely resembling the words I’m sorry) and expressed his intention to take a “step back” from his campaign against Republican Rep. Pat Meehan. It’s currently unclear whether this means that Leach will bow out of the race officially.