The city and police are investigating. 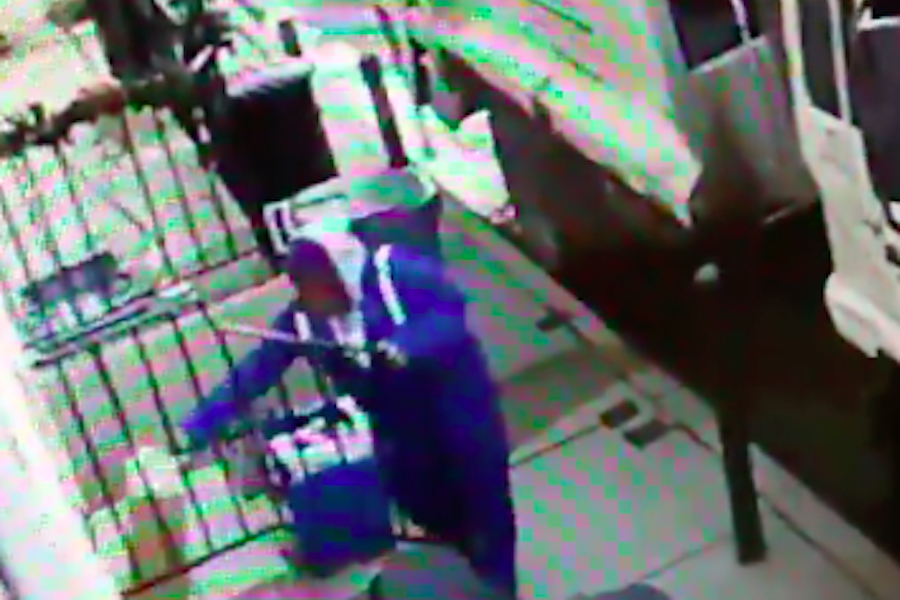 A growing scourge of city living in the Amazon age is package theft. With Christmas right around the corner, not a day goes by without our hearing about a box stolen from a stoop or porch in Philadelphia. But here’s a twist we didn’t expect.

On Thursday, a Port Richmond resident took to Facebook to post a surveillance video of a City of Philadelphia recycling truck creeping down the street earlier in the day with a sanitation employee walking alongside, picking up those blue recycling buckets and dumping them into the back of the truck. But, as the video below shows, this sanitation worker picked up more than just the blue bucket.

We don’t know what the city employee wound up doing with the package in the end, and we can’t say what happened once the video cuts off. But the city isn’t treating this matter lightly.

“We were made aware of this unfortunate incident last night,” City of Philadelphia spokesperson Crystal Jacobs told us on Friday morning. “The Department takes these matters very seriously and has begun a full investigation of the matter. Appropriate action in accordance with the law, and regulations of the Department, are being addressed with the employees involved. Such action could include termination, and forwarding the matter to law enforcement officials, should the findings warrant.”

By Friday afternoon, Philly Mag was able to confirm that police have gotten involved, though no arrest has been made. The city employee seen in the video has not been identified.

The resident who posted the video did not return calls seeking comment.