One of the nation’s most historically disliked candidates will attempt to reason with us on Thursday night. 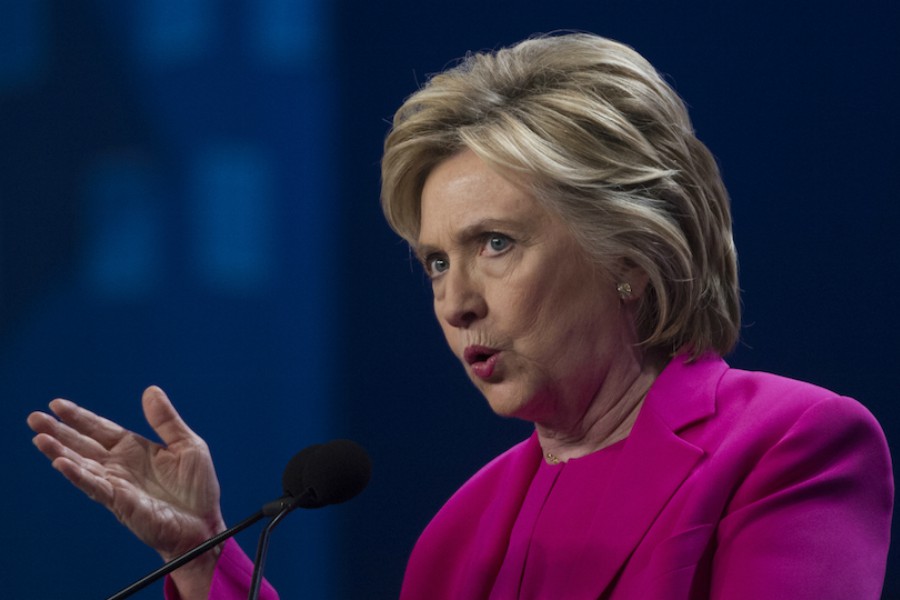 Clinton will stop at the Kimmel Center Academy of Music on Thursday night to discuss her best-selling memoir, What Happened. She’s nearing the tail end of an international book tour, which began in Washington on September 18th and included stops in cities like Chicago, New York, Atlanta, Denver and Boston. Philly is her last East Coast appearance.

The event kicks off at 7:30 p.m. Tickets are still available through the Kimmel Center’s website, though they cost a pretty penny – between $175 for a “rear amphitheater obstructed” seat and $650 for a front-row seat, meet-and-greet, book signing and photo opportunity. Plus tax.

Per a press release for the event, Clinton will “pull the curtain back on a story that’s personal, raw, detailed, and surprisingly funny” and “let loose about her experience as a woman in politics, and other topics, in a way she never has before.”

Maybe this sounds enticing to you. Or maybe it doesn’t. Clinton and Trump were both “historically disliked” characters during the 2016 presidential campaign, according to a FiveThirtyEight poll. (Though Trump blew Clinton out of the water in this category, and the nation’s disapproval of him has only grown since then, per Gallup.)

What makes people hate Clinton so much? Slate’s Michelle Goldberg wrote an enlightening deep dive into the nation’s decades-long contempt for one of the most (probably the most) successful female politicians in U.S. history, reasoning that both sexism as well as Clinton’s tendency to “sequester” her personality from the media are responsible. Strangely enough, Goldberg’s piece was written before the election.