Pennsylvania AG Josh Shapiro: “Protecting Students Is a Must” 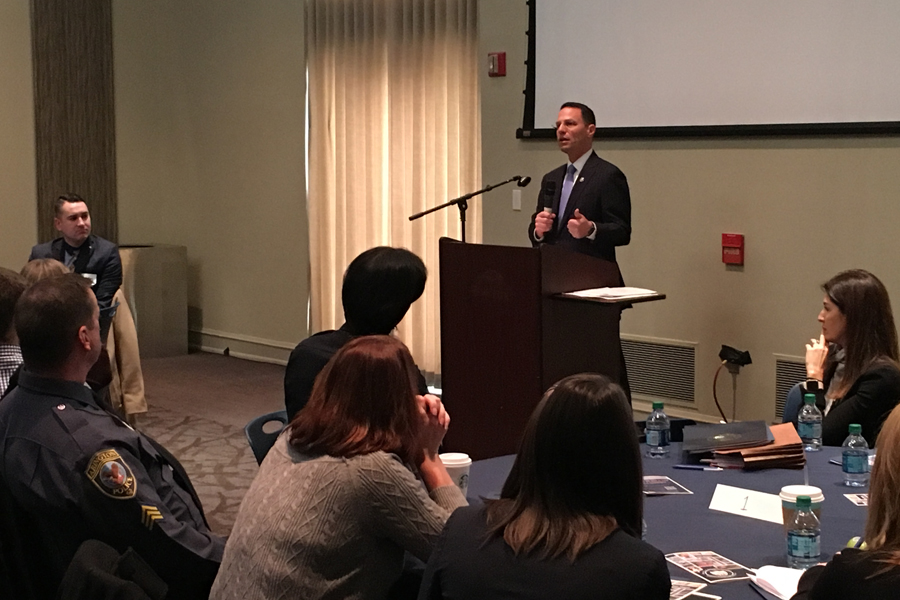 On Monday night, Drexel University’s Creese Student Center was the site of the second roundtable discussion in Pennsylvania Attorney General Josh Shapiro’s ongoing series on college campus safety. Shapiro launched the initiative in August with the broad goal of preventing drug and alcohol abuse, sexual assault, and tragedies stemming from mental health issues on the campuses of colleges and universities statewide.

“When parents take their kids to college and drive off in their minivans, of course they should be sad to leave them, but they shouldn’t be worried for their safety,” Shapiro said during the event’s closing remarks. “I’m a dad to four young kids, and as attorney general I’ll never stop working to make concrete improvements to campus safety across our commonwealth.”

Pennsylvania is home to roughly 750,000 college students at more than 200 institutions – all of which are plagued to some extent by drug and alcohol abuse. The role of alcohol in campus sexual assaults is obvious, and 11 percent of college students will experience this horror at some point during their time in school. Close to 70 percent of the sexual assaults reported on college campuses in the United States involve an intoxicated perpetrator, while victims are found to have been intoxicated 43 percent of the time.

According to Shapiro, the issues of substance abuse, sexual assault, and mental health are all intertwined. Often self-medicating with drugs or alcohol, one in five young adults lives with a mental health condition. Last year, nearly 1,000 people between the ages of 15 and 24 died from drug overdoses in Pennsylvania. The state’s chief law enforcement officer believes a collaborative, community-based approach is needed to effectively limit campus violence.

“When we look around the country, it’s clear that we don’t know what works,” Shapiro said. “We have lots of different ideas. We need to come together, test and promote.” Among the ideas: reducing the stigmas associated with victims/survivors through enhanced public education and the promotion of prevention strategies that are both “survivor-centered and trauma informed.”

Following the conclusion of Shapiro’s roundtable series – which also will be making stops at Lincoln University, Dickinson College, and the University of Pittsburgh – the attorney general’s office will compile all ideas that come from the event series and get them into the hands of stakeholders directly involved in student safety.