And Here’s the Kicker 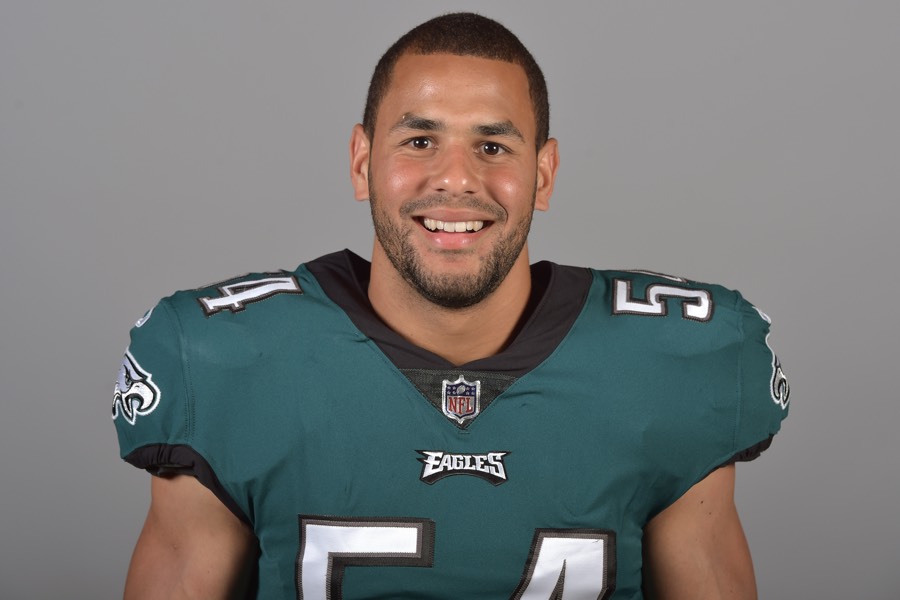 Last Sunday’s late-night Eagles game against the Dallas Whatever was excruciating (the first half) and exhilarating (the second half). There were plenty of heroes on hand: Carson Wentz (first prize for calm in the pocket), Alshon Jeffery (the Sure Hands Award), returned-from-injury cornerback Ronald Darby (the Hold On To What You’ve Got trophy for that ankle-drag tackle of Dez Bryant), Jay Ajayi (longest rush of the season and Longest First Name That Isn’t Halapoulivaati). But our hearts went out to Kamu Grugier-Hill. Uh, who? You know, Kamu Grugier-Hill, who was pressed into service as a kicker after a concussed Jake Elliott (himself a sub for the injured Caleb Sturgis) withdrew from the game in the wake of his stalwart, TD-sparing tackle of Ryan Switzer on the opening kickoff return. Had Kamu ever … you know, kicked off before?

Uh, no he hadn’t, thanks for asking. “I was a punter in high school, though,” he told the Inquirer’s Jeff McLane after the game. We should point out that he nailed four good ones for a 62.8-yard average — and should probably add that his first practice attempt on the sideline soared around the net and into the stands, hitting a fan (to whom KGH soon apologized). What was the performance secret for the pressed-into-service player? No pressure. “I expected everybody to expect me to do bad anyway,” he explained, “so I pretty much had nothing to lose.” It’s as succinct a summation of Philly ’tude as we’ve ever heard.